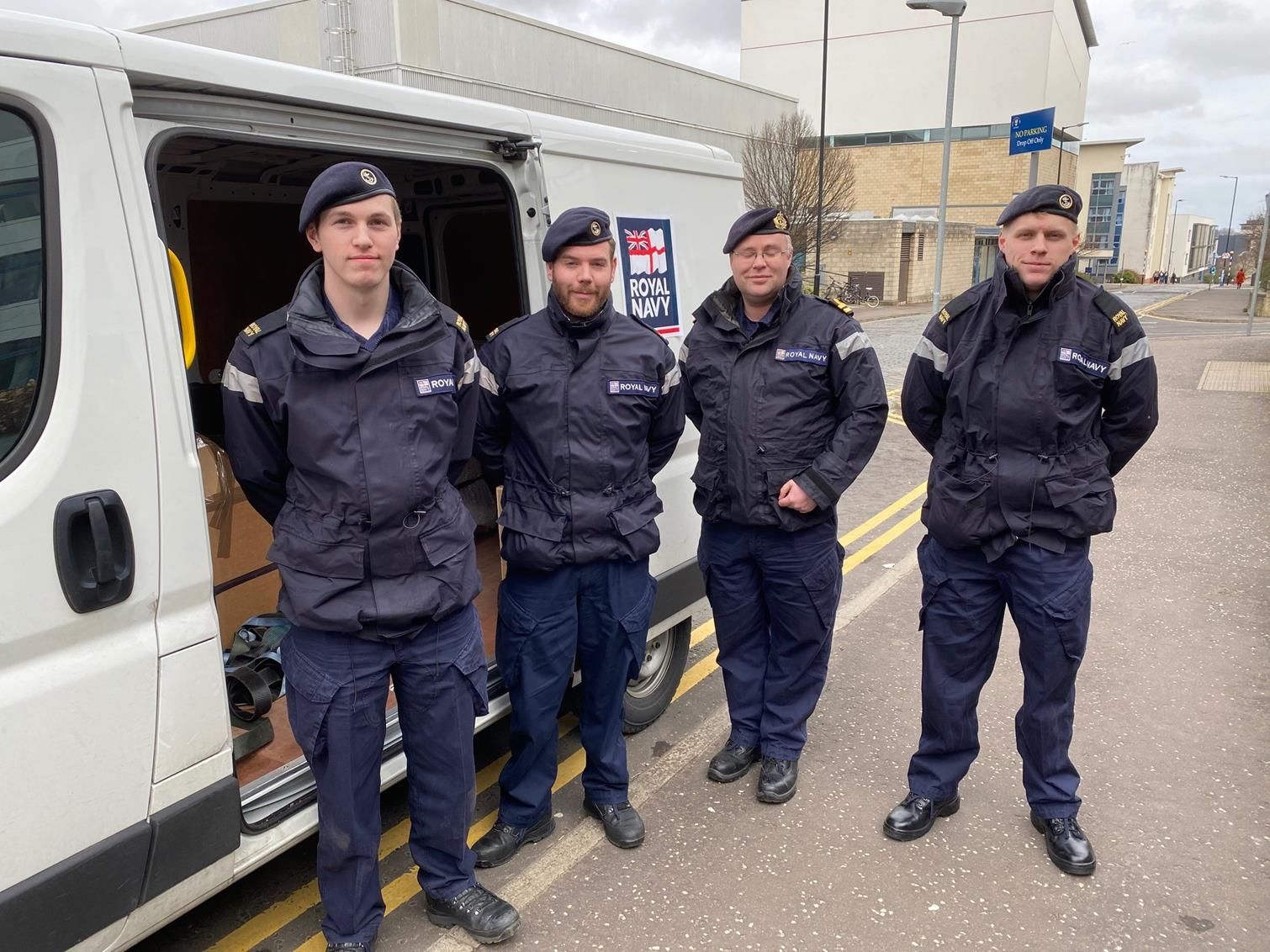 Following a direct request from the Prime Minister, the University of Dundee has donated its two highly specialised Thermo KingFisher Flex robots to support the UK’s national COVID-19 testing programme.

The machines, affectionately named Bert and Ernie by staff in the University’s School of Life Sciences, usually reside the lab of Professor Angus Lamond and are used for sequencing DNA. However, following a call from No 10 Downing Street, the Royal Navy turned up at the School of Life Sciences (pictured above) to transport the machines to Milton Keynes to be part of the UK’s first consolidated national diagnostic centre.

“These machines are, in the words of Downing Street officials, like `gold dust,’ so the fact we have been able to provide two so quickly to aid the national effort has been hugely appreciated.”

The two KingFisher machines will help support efforts to rapidly increase the UK’s testing capacity, as announced by the UK Government at the beginning of April. Health Secretary Matt Hancock wants to increase testing to 100,000 a day by the end of the month, including a mixture of swab tests to establish whether a person is infected and antibody blood tests to see if a person has already acquired immunity.