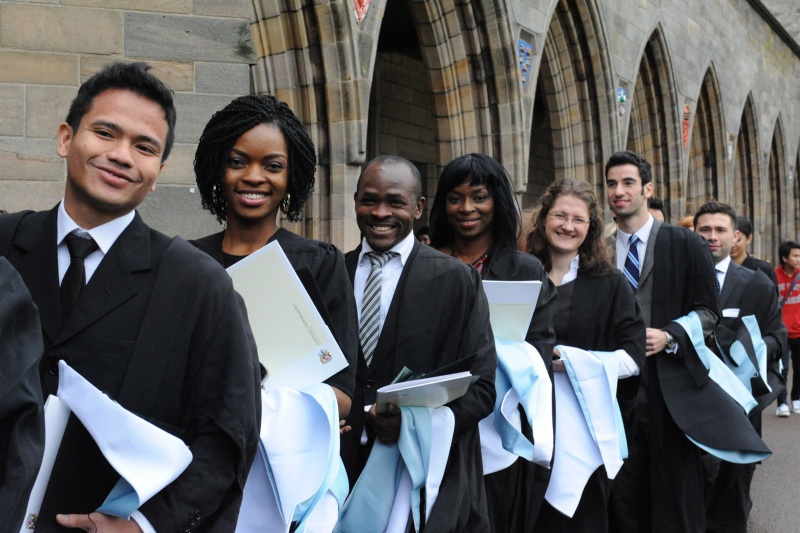 New polling published today finds that Scots are overwhelming in favour of international students staying in the UK once they graduate rather than returning to their home country.

83% of Scots asked in a ComRes poll commissioned by Universities UK[1] agreed that when international students graduate from universities, it is better if they use their skills here and work in the UK for a period of time in order to contribute to the economy, rather than returning immediately to their home country.

Scotland is home to 29,210 international students[2] across its 19 higher education institutes. The post-study work visa was removed in 2012. Last year, the House of Commons Scottish Affairs Committee concluded that the removal of the scheme that allowed overseas graduates to work for two years after completing their studies had made Scotland a less attractive destination to study. Every political party in the Scottish Parliament has called for its return, alongside universities, colleges and business organisations.

Also revealed in the ComRes poll:

Responding to the poll, Professor Andrea Nolan, Convener of Universities of Scotland and Principal of Edinburgh Napier University said:

“This confirms what we knew about the attitude of Scotland’s population towards international students. They clearly recognise the important role that international students play in Scottish society. They make a huge contribution to our universities and the wider Scottish economy, but they also enhance the university experience of our home-based students.

“83% of Scots backing a return of the post-study work visa will hopefully give the Home Office something to reflect on. The general public, like everyone in the higher education sector and business community can see the benefits from letting students from the across the world to enter our workforce. We spend years educating international students, why wouldn’t we want Scottish employers to receive the benefit of their skills for a few years?