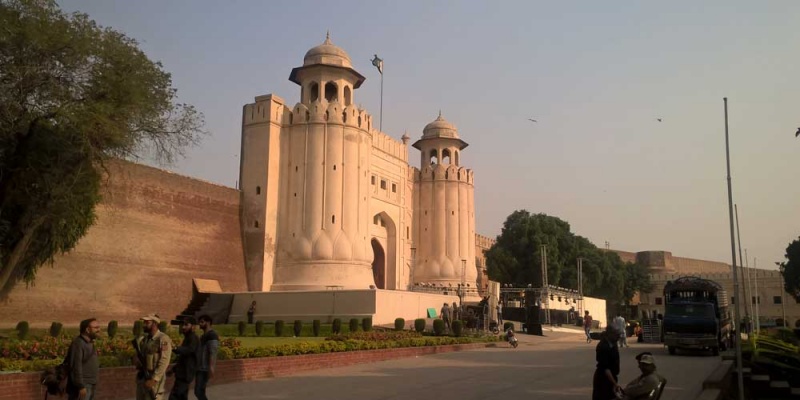 Our Director, Alastair, blogs from Pakistan where he has spent the week with the British Council exploring potential partnerships between Scottish and Pakistani HE.

It’s been a week of contrasting perspectives on widening access to university. The first excitement was the publication of the Commission on Widening Access’s report ‘A Blueprint for Fairness’. That report stems from the deep concern about access to higher education felt by politicians, university leaders and society at large that, in a relatively prosperous society, there are still deep and intractable pockets of social deprivation, and that too few people from these communities are accessing a university education.  A Commission including two Universities Scotland members has wrestled with the complex issues about this – which start from before birth when children are born into households where higher education – or even employment – are not part of normal experience.  Years of concentrated and diverse effort by universities to reach out to people from the most challenging backgrounds have made a difference, but at a painfully incremental pace.  The Commission’s report recognises the system-wide challenges that need to be addressed to make a real step change. However, its remit was principally to look at higher education’s contribution within this wider context.  Some of the recommendations are going to be challenging for universities, including targets for admission of learners from deprived communities and differential entry tariffs for learners from these communities.  Widening access is a shared priority, and the Commission’s report will promote serious further thought about the detailed ways in which this can be achieved.

Scotland’s widening access challenges are put in some perspective by my visit to Pakistan this week as a guest of the British Council.  Widening access is a different scale of challenge in a nation of 185 million people where millions of children are not even in school, let alone progressing towards university.  About 8% of Pakistan’s school leavers now go to university – roughly where were in the UK before the massive post-Robbins Review expansion of higher education towards meeting the needs of everyone who can benefit. British Council set up an outstanding series of meetings and events with senior Pakistani government and university leaders. It was astonishing how many of them had studied in Scotland, and I was humbled by the amount if goodwill towards Scotland. It was exciting to see a Pakistani entrepreneur transplanting a Scottish model for catalysing student innovation, and to share our parallel journeys about how online education can be part of the blend of enabling people from remote or deprived communities to access higher education.

It’s an amazing nation of contrasts – astonishing hospitality, many brilliant and outwardly-focused people working hard to build a better nation, but one that’s wrestling hard with terrorism and where political debate can be polarised over issues such as women’s rights. There’s a real hunger at leadership level for building the nations’ future by investing in human capacity especially at higher education level, and if we can be part of that journey we’ll be proud.