Medicine is one of the most competitive courses to get into at university.

Minimum entry grades are set at five As or four As and two Bs at Higher by the end of S5. Applicants also need to pass the UK Clinical Aptitude Test and interviews are often necessary. Despite these challenging entry requirements there are still at least ten applications for every place available in Scotland. Traditionally, students from the poorest 40% of neighbourhoods have been less likely to be studying medicine, and the other ‘professional’ courses like law, veterinary medicine and architecture, than any other course at university.

Aware of the extra barriers to studying medicine, universities run an initiative specifically focused on access to medical degrees. Reach is making a difference. Running since 2010 it is a national initiative supported by funding from the Scottish Funding Council. It has increased the number of pupils from the most deprived areas applying to medical schools. Applications from potential students living in SIMD40 areas have grown by 60 per cent over the last five years. The number of offers universities have made to this group of students has also grown, and applications and offers are translating into places at medical school. The number of students from Scotland’s poorest neighbourhoods accepting a place to study medicine has grown by 50 per cent in the last five years.

Scotland has five medical schools: Edinburgh, Glasgow, St Andrews, Dundee and Aberdeen. All five take part in Reach. The University of Edinburgh began its Pathways to the Professions initiative, a forerunner to Reach in 2001/02, and currently has over 500 school students registered, from S4 to S6 across 46 local schools in Edinburgh and the Lothians.

Reach gives secondary pupils aged S4 to S6 from non-traditional backgrounds more insight into studying medicine as well as practical experience that would help with an application. Taster sessions and student experience days are provided as well as opportunities to talk to current students, help obtaining work experience and support preparing for UCAS applications and the UK Clinical Aptitude Test.

The programme is aimed at raising aspirations and attainment amongst school pupils. It involves parents by giving them the know-how and confidence to support their children.

Reach currently works with more than 200 target secondary schools across Scotland. These target schools are chosen because they have low rates of progression into higher education, with less than a third of students going onto university compared to the national average of 36%. Pupils also qualify for Reach support if they have experience of care or are in receipt of free school meals. However, it’s always worthwhile checking institutions’ websites to check the most up-to-date criteria.

Reach works to widen access to the other high demand professions of law, architecture and veterinary medicine.

By contrast, in the same period the total increase in applications to medicine, from students of all backgrounds, increased by only 8 per cent.

Students to benefit from Reach 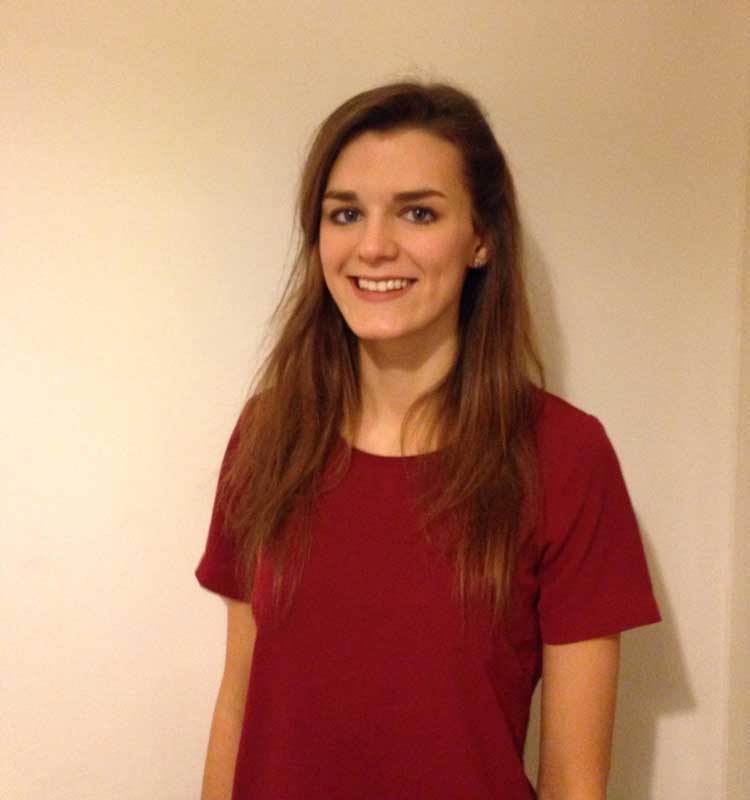 I’m a third year medical student at Aberdeen University and I’m originally from a little village outside Fort William on the west coast of Scotland.

Studying medicine is something that appealed to me at a fairly young age, which may sound cliché,  but through  various experiences  in my life I became aware of the differences healthcare professionals can make to people’s lives, sparking an interest that would continue to develop throughout my time at school.

Medicine however is a notoriously competitive course to be accepted onto and this wasn’t something that had escaped my attention. Coming from such a rural area, nobody from my school had been accepted for medicine in five years and this made the task of getting in seem even more impossible; with no one to talk to about the application process I felt a bit disadvantaged.  Organising work experience was also difficult; coming from a small town meant issues of confidentiality initially prevented me gaining the experience I needed and nobody in my family was medically connected.

Thankfully for me however Aberdeen University’s Reach programme helped me immensely to achieve my dream of securing a place at medical school. I attended Reach run events such as ‘So you want to be a Dr?’ which supplied me with so much information on applying. I was also given the opportunity of going on a work experience placement in Raigmore hospital in Inverness, where I got to meet real patients and reaffirm my commitment to one day hopefully becoming a doctor.

Since I was accepted in 2013, two more students each year from my school have been accepted to study medicine at university and I can’t emphasise enough how much Reach programme has helped with this and how grateful I am for the amazing opportunities I was given through Reach. I’m so delighted and thankful to have a place at medical school and this year I’m involved with Reach run events to hopefully pass on the support I received. 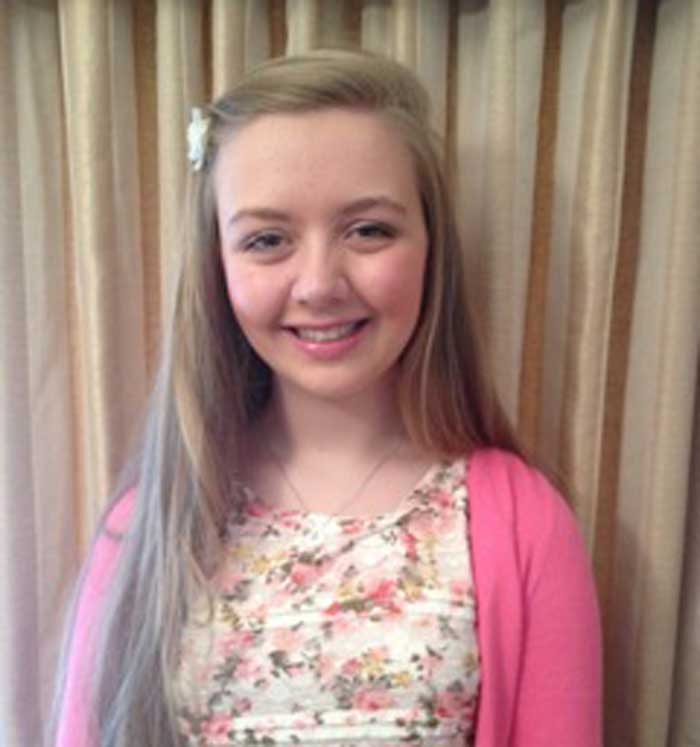 Ashley was the first in her family to go to university. She joined Edinburgh University’s Pathways to the Professions in her fifth year.  Ashley started medical school at Edinburgh in September 2013.

“Pathways helped so much on the practical side with hands on events, mentoring with current medical students and lectures on topics ranging from neuroscience to neonatal health.”

The University of Edinburgh’s Pathways to the Professions project gives information, advice and guidance to school students who are interested in studying any of the ‘professions’ of medicine, law, architecture or veterinary medicine and who would be the first in their family to go to university or who are from low socio-economic backgrounds.

Ninety-six percent of widening participation students registered with Pathways, either entered degree level study in Scotland in 2014, or gained a place after reapplying for 2015 entry. 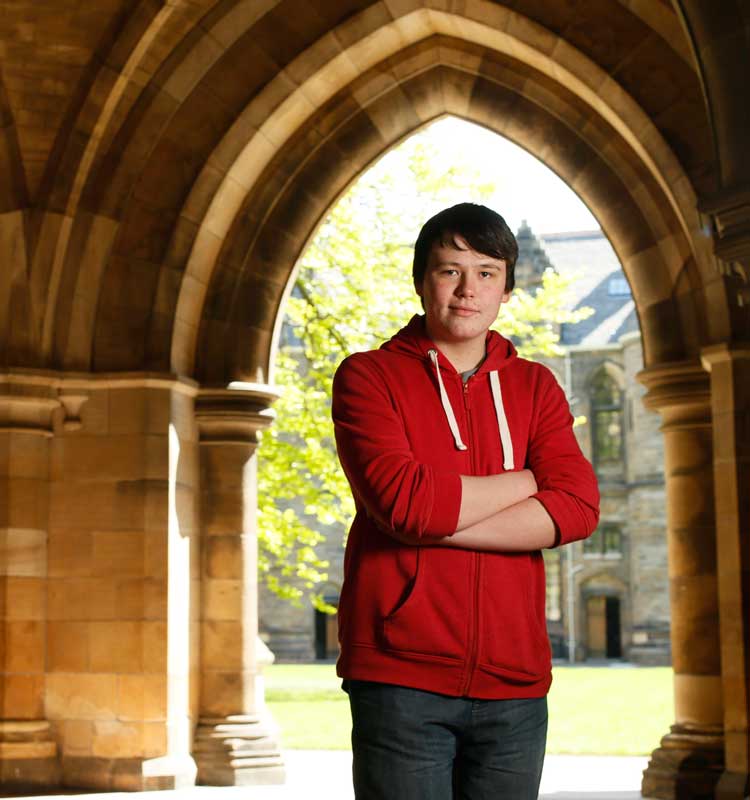 Connor took part in REACH and is now studying medicine at the University of Glasgow.

“It was a real turning point. Attending the project gave me the confidence to know I could do it and I really applied myself and worked really hard to get the grades I needed. When I started the course I was a bit intimidated but I have settled in well and I am really enjoying it.”

You can also find out more about Reach, and its work in other ‘professional’ subjects like veterinary medicine, law and architecture, from the participating universities.Universities’ websites will advise which are the ‘target schools’ to take part in Reach in their areas:

If you’d like further information about Reach, widening access or any other subject in higher education please get in touch.