A research team at Heriot-Watt University has developed the world’s first building brick made from 90% recycled construction and demolition waste.

The “eco brick”, called the K-Briq, is unfired, producing a tenth of the CO2 emissions of a regular fired clay brick and requires less than a tenth of the energy to manufacture. Professor Gabriela M. Medero and co-founder Dr Sam Chapman have gone on to form a spin-out company, Kenoteq, and recently secured significant investment from Zero Waste Scotland to scale up the manufacture of the K-Briq to meet interest from the construction industry. The brick has the potential to make a major contribution to the industry’s ability to meet its climate responsibilities. 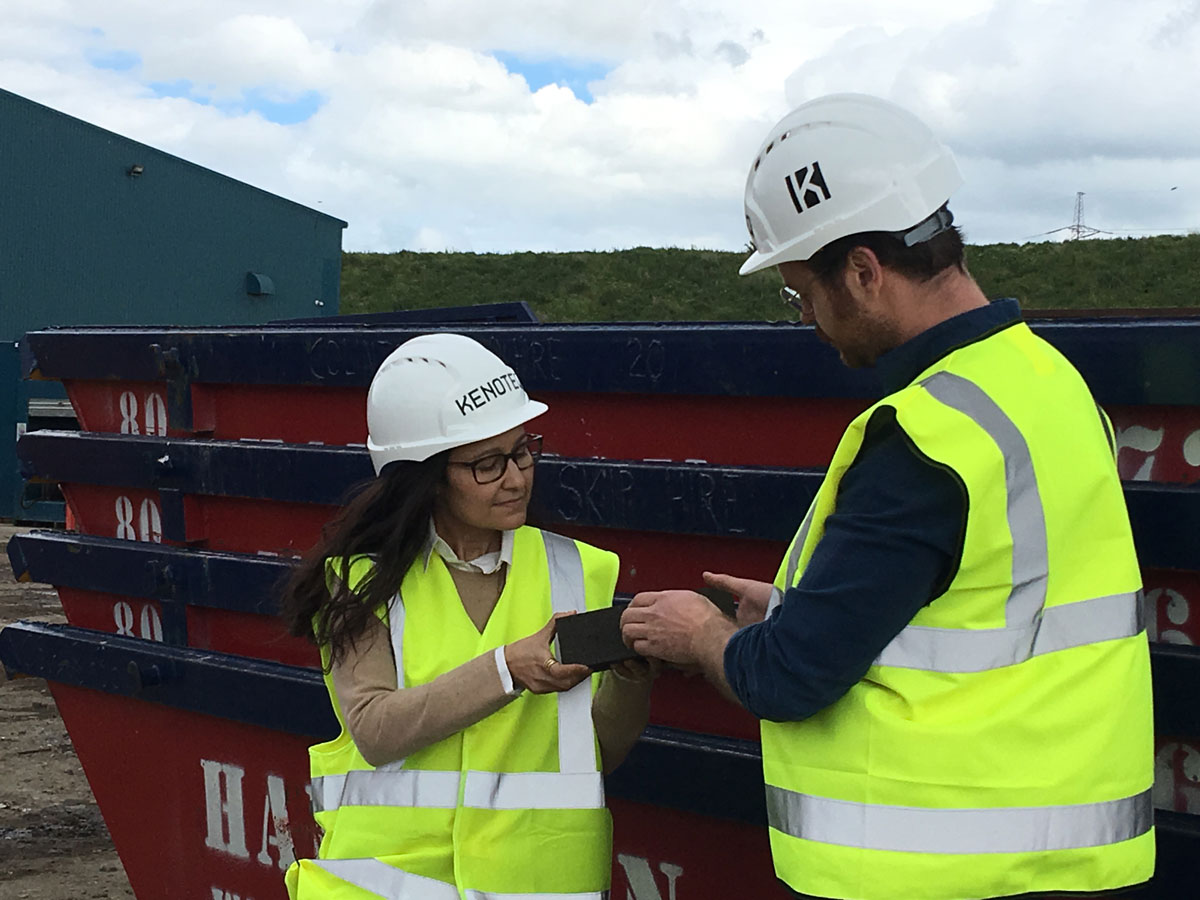 At present, 45% of the UK’s carbon emissions come from the built environment and more than a third of landfill waste comes from construction and demolition. In Scotland, up to 85% of bricks are being imported from England, and Europe. The research and development of the K-Briq was funded by the Construction Scotland Innovation Centre (CSIC), Zero Waste Scotland (ZWS), Scottish Enterprise and the Royal Academy of Engineering.