An ecologist from Edinburgh Napier University is behind an award-winning community project in Kenya that has halted the destruction of vital mangrove forests.

Mikoko Pamoja – Swahili for ‘Mangroves Together’ – is the world’s first community mangrove conservation project to be funded by the selling of carbon credits which both finances restoration work and also benefits the local population. 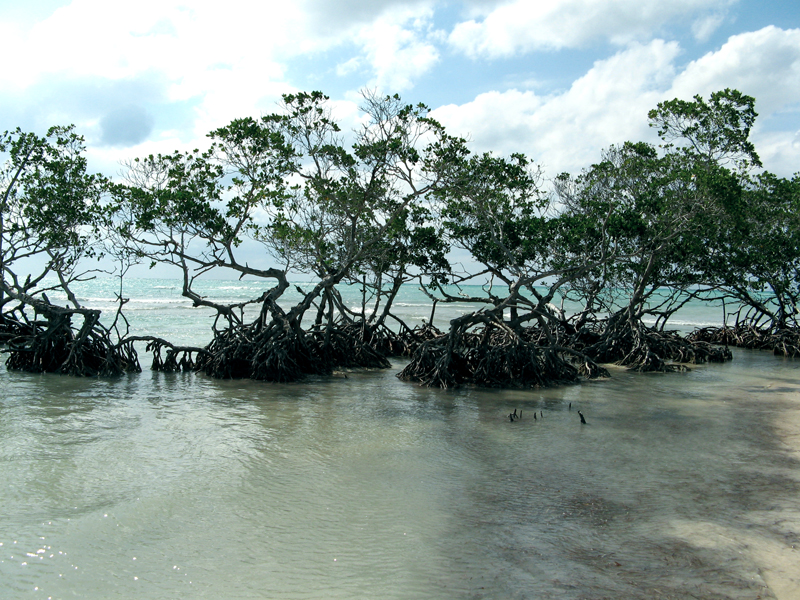 Led by Mark Huxham, Professor in Environmental Biology at Napier, the project involves planting new mangrove trees and protecting the existing forest, increasing the carbon dioxide that it can absorb from the atmosphere. This carbon can then be sold as carbon offsets to people and organisations wanting to lower their carbon footprint.

Mangrove forests occur along the shorelines of more than 100 countries and deliver critical benefits to people, including protection from coastal erosion and storm damage, natural filters for pollution and sediment, and climate change mitigation. Despite their many benefits, these ecosystems have long been in peril, mostly due to shrimp aquaculture, agriculture and urban development.

Seven years on, the project has successfully sold over 8,500 carbon credits on the global market, raising over £70,000 for conservation and community development. An elected committee of local villagers runs Mikoko Pamoja, alongside a salaried project coordinator who helps to organise forest conservation, replanting activity and monitoring, all done by citizen volunteers. 117 hectares of mangroves have been protected, and new forests have been planted.