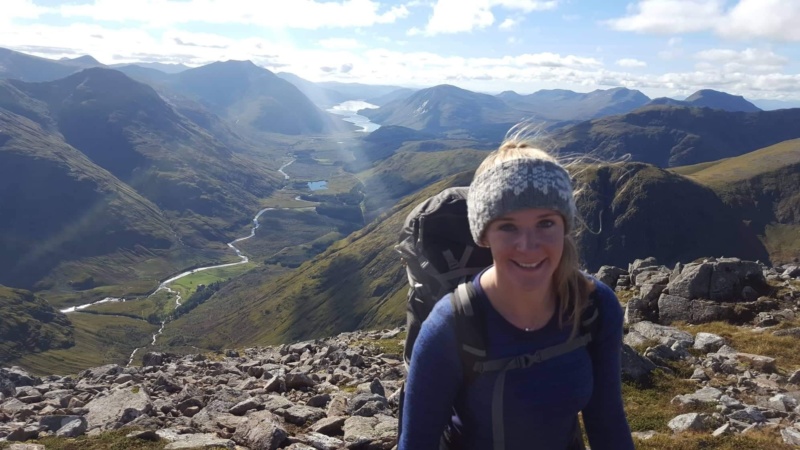 Dr Lauren Knight is a Senior Policy Officer covering research and innovation at Universities Scotland. Following confirmation that the UK Government will cut Official Development Assistance (ODA) funding, Lauren writes about the impact of the decision on Scottish research and the UK’s place in the world.

Last week, we were told to expect a sudden and sharp £120 million hole in the funding universities receive for their research as part of overseas development. This follows the UK Government’s decision last November to cut the Overseas Development Assistance (ODA) budget from 0.7% to 0.5% of the UK’s national income. Universities have a significant role in supporting overseas development through their research and innovation, so this decision was always going to impact on the work that universities do in this critical area. However, the scale of cuts is significantly higher than expected, at an eye watering 70% according to the latest estimates.

The implications of this announcement appear to be completely at odds with the UK Government’s bold ambitions to make the UK a science superpower and increase investment in research and development and with the UK’s stated aim to recast itself as a “global Britain” in the wake of Brexit.

UKRI is facing a funding drop of £120 million for ODA research, for the financial year starting in April, despite its existing commitments and ODA awards already made. There’s a lot that’s still unclear but UKRI have indicated that they will have to reprofile and reduce grants and may have to terminate some projects that are already in progress. This is previously unheard of. Doing so would abandon many communities in low and middle income countries around the world; some of them vulnerable, all of them in need of assistance. It threatens to undermine the trust we and mutual respect have built up with our partners, over decades, as an essential component of overseas development. It sends a message about what the UK does and does not value, which is fundamentally at odds with the values of Scotland’s universities. It poses a huge financial risk to the sector and a risk to jobs and the prospects of early career researchers. Ultimately, termination before completion is a waste of huge amounts of time, good faith and public money that will not, if cancelled, have a chance of achieving its purpose but cannot be recouped.

This has understandably caused significant concern in the sector with senior advisors to Research Councils resigning in protest of the handling of the cuts, open letters from researchers to the UK Government pleading for an urgent rethink on the unprecedented cut, and a UUK appeal to the UK Government to reconsider the decision.

Here in Scotland, one of the most visible and immediate impacts of the cuts is expected to be the loss of the Global Challenge Research Fund (GCRF). Last year, this was worth £13.2 million to Scottish higher education, with five universities receiving more than £1 million in GCRF grants. Examples of such projects include: supporting high quality training in eye health in Rwanda (St Andrews); modelling sustainable land use in the Columbian Amazon region (Heriot-Watt), and the connection between forced displacement of people, the impact of that on the land and the prospect of rebuilding sustainable livelihoods (Dundee). Scotland’s universities submit three-year GCRF strategies to the Scottish Funding Council so many have already allocated next financial year’s funding that is now to be cut. With no alternative, universities will either have to somehow take the financial hit themselves or, if unable to do this, make difficult decisions that will have negative impacts on researchers.

The UK Government has indicated that funding for overseas development will return to 0.7% ‘when the fiscal situation allows’ and that the decision is a response to the pressures of the pandemic. Yet, it is not known if ODA research funding will be restored. The approach to the cuts, and the total apparent lack of regard for universities’ existing commitments, have triggered real concerns in the sector that this incident could set a precedent for the governance of research funding in the future. Will researchers need to be concerned about the stability of their project funding beyond the approval stage and even after project launch? In addition, there is real concern for what could this mean for the post-Brexit funding for Horizon Europe, given there’s been no clear steer from the UK Government where this funding will come from despite the next financial year just a couple of weeks away. The fear, exacerbated by the sudden and sharp decisions on ODA research, is that BEIS will be asked to support Horizon Europe association from its current settlement. This would effectively amount to a £1billion cut in research funding.

Recent decisions have been entirely incongruous with the UK Government’s stated ambition to be a ‘Science and Tech Superpower’. We urge the UK Government to act in support of its ambition; to reconsider its decision regarding ODA research funding and to protect the sector from further erosion of resource by setting aside additional funding for Horizon Europe.