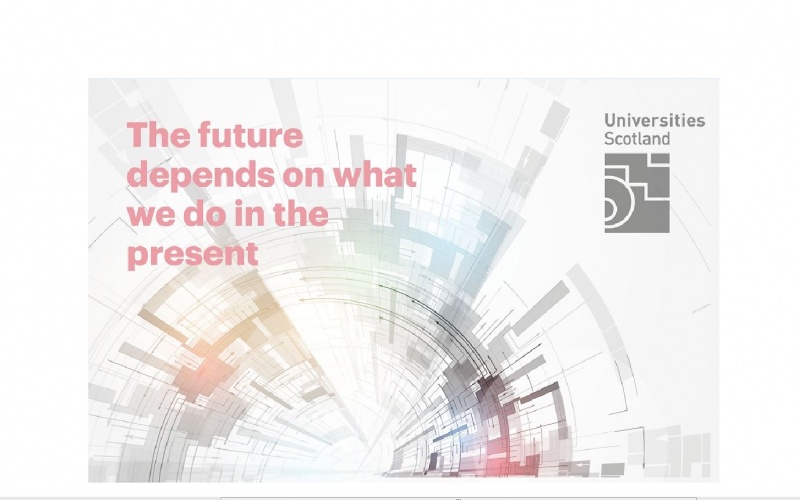 Mahatma Gandhi once said: “The future depends on what you do in the present” and that’s the message that Scottish universities will be delivering to assembled guests, parliamentarians and the Higher Education and Science Minister on Tuesday 22 November at the Scottish Parliament.

The future is uncertain: it’s believed that 65% of children who are in primary school at the moment will end up in jobs that currently do not exist. The changing nature of work is but one factor for a world where some of the big issues such as global inequality, water security and climate change are still unresolved.

Whilst we cannot accurately predict the future, we can take steps to understand the world we are in and prepare for what may lay ahead. Already universities are well placed to deliver for Scotland, but they are also playing a role in preparing for the rest of the 21st century and beyond.

Kindly hosted by West of Scotland MSP, Ross Greer, Scotland’s 19 higher education institutes will be present within the Scottish Parliament’s Garden Lobby showcase the contribution they are each making to future. Each university will display a project, initiative or piece of research they are delivering. The impacts range from the very personal and individual, including the story of a carer who had lost confidence in her own future until she got back into education, to the local, national, global and even astronomical.

From Wikihouses to medical imaging to mapping creative industries to a life-size cow (yes, really), our universities will be demonstrating in the present, what they are doing to better our future.

Follow the evening’s proceedings on Twitter via #thefuturedepends and be sure to come back to see images from the reception from Wednesday morning.