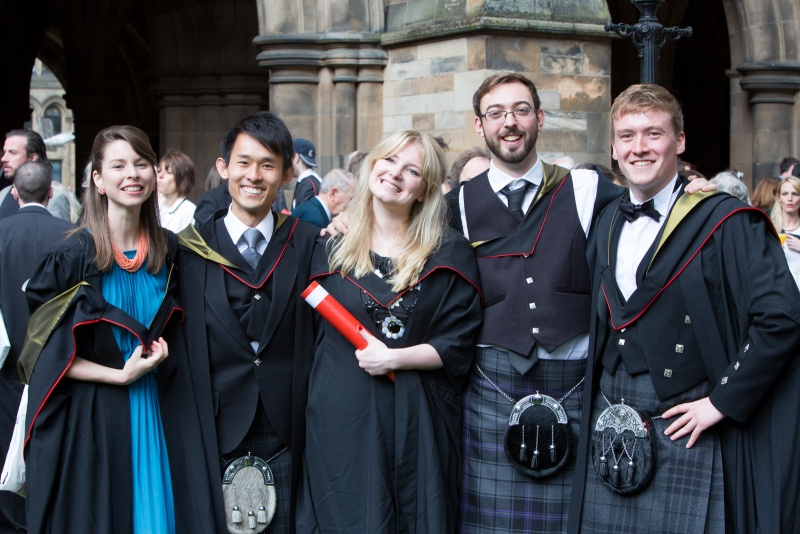 Graduates from Scotland’s universities were more likely to be in employment or further study than those from institutions in England (93.8%), Wales (93.2%) or Northern Ireland (93.5%).

“As summer graduation ceremonies are taking place across the country, we can once again commend graduates from Scotland’s universities for securing the best levels of employment in the UK. Students graduating this year will be pleased to hear that, of their peers who graduated last year, some 95.1 per cent were in employment or further study. All Scottish universities consider employability to be a strategic priority and do all they can to develop and promote the talent and employability of graduates. This includes regularly engaging with employers, professional bodies and others in the design and development of courses, developing a set of graduate attributes in every student, and encouraging students to be entrepreneurial.

This news follows on from figures published by HESA in June 2016 showing that Scotland’s graduates are more likely to be in graduate level jobs within six months of leaving university; secure the highest average starting salary in the UK at £22,000; and have the lowest level of unemployment in four years.