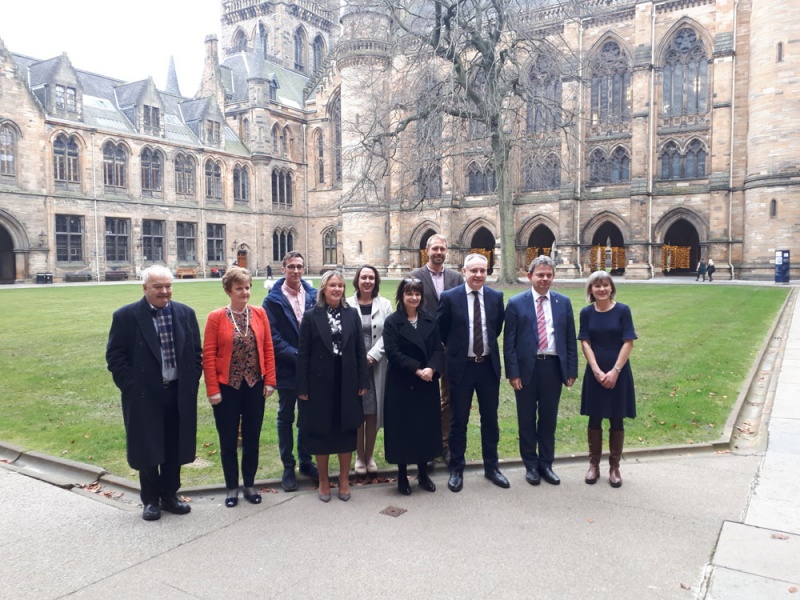 Colleges, universities, trade unions and the Scottish Government have signed a joint letter which sets out how they will work together to protect higher and further education from the negative impact of Brexit.

The statement – signed by Universities Scotland, Colleges Scotland, the UCU, Unison, the EIS, NUS Scotland, The Royal Society of Edinburgh and the Scottish Government – coincides with a Brexit summit at the University of Glasgow on Thursday 22 November, organised by Further and Higher Education Minister, Richard Lochhead.

The joint statement sets out how they will press the UK government to reintroduce a Post Study Work Visa in Scotland, continue research collaboration and safeguard education relationships with Europe. The statement also stresses the importance of ensuring that Scotland remains opening and welcoming to EU staff and students.

“People have been top of our Brexit priorities since the referendum result came through. That’s still the case, whether the UK Government gets a deal or not. More than 4,500 EU national staff in our universities have already had to endure two years of instability with their lives and careers put to the back of the queue.

“As Brexit reaches the final stages it is really important we continue to emphasise how much our staff and students matter to us and repeat the message that we’ll keep working to secure the earliest guarantees of their rights.

“Europe is such an important partner for Scottish higher education and we want to secure the best possible ongoing relationship, whatever the outcome from Brexit. These relationships are central to the excellence of our higher education, bringing mutual and wider benefit to Scotland’s society and economy.”