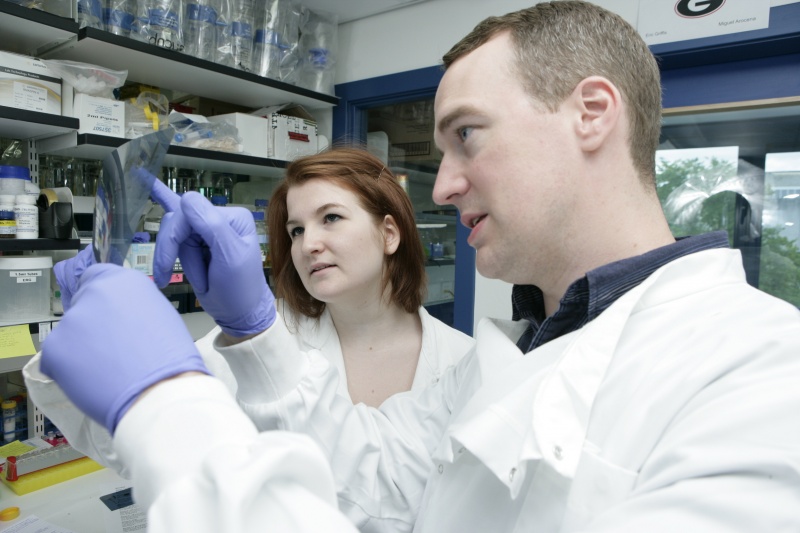 Universities Scotland and Universities UK are calling on the government to take urgent steps to prevent Scotland from losing out on hundreds of millions of pounds worth of research grants if there is a no-deal Brexit.

Academics across the country are set to find out whether they have been awarded funding from the latest round of European Research Council’s Advanced Grants by 8 April 2019 but the UK government has not explained how it will ensure that successful applications will be funded if they are in the middle of the evaluation process, or what future system will be put in place to replace funding for world-leading research, in the event of no-deal. This means life-changing discoveries and leading researchers tackling some of society’s major health and environmental challenges could be left in limbo.

The UK was the most successful country in the last round of ERC Advanced Grants, with 66 applicants awarded up to 2.5 million Euros each – a total of €155 million in funding. In Scotland there are currently six ERC funded projects, worth up to €15 million in funding.

The UK is leaving the EU on 29 March 2019 without a deal unless all the EU leaders agree to delay Brexit or a deal is agreed by parliament.

Universities Scotland and Universities UK is calling on UK government to clarify the situation immediately.

“Scotland punches well above its weight in research that changes lives and drives industry, yet in a few days we could find a vital source of funding cut off. In terms of research, a no-deal Brexit will be a remarkable act of self-sabotage from the government. We call on the UK Government to commit to underwrite this grant funding.”

“Researchers at UK universities doing life-changing work remain in the dark over what will happen to their current ERC applications or where they will go in future for funding, if there is no-deal.

“Without clarity very soon vital research could be disrupted which would be hugely damaging to people’s lives. The UK also risks losing some of our brightest minds to other countries, if they don’t know how their research will be progressed.”

ERC Advanced Grants are among the most prestigious research grants in the world and boast a strong track record in funding life-changing and high-impact research projects, with six grantees winning Nobel Prizes for their contributions since the ERC was established in 2007.

In 2017, academics working in Scotland were successful in winning European Research Council Grants for the following projects:

On 8 April, academics working in Scotland will find out if their applications to undertake chemical physics research and deliver innovation to the transport sector have been successful. The submitted projects include:

As well as ERC grants, access to Marie Sklodowska-Curie Action fellowships, which allows UK academics to spend time with overseas research teams, and vice-versa, is at risk. The next call is due to open on 9 April 2019, with many potential applicants already at an advanced stage of planning for this call. A no-deal Brexit would mean UK-based applicants will not be able to apply for these grants, again costing the UK millions of pounds.