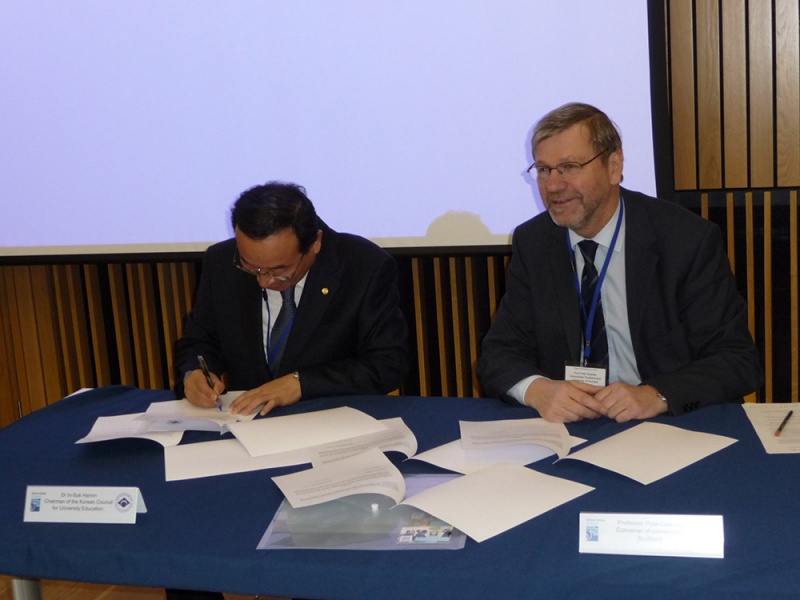 This collaboration between Universities Scotland and the Korean Council for University Education builds on the success of past visits to Scotland by two delegations from South Korea in 2011 and 2012 to explore avenues of cooperation in student mobility, dual degrees and joint research. There is a significant amount of complementarity between Korea and Scotland’s research strengths with pockets of excellence in geo-sciences, material sciences, engineering and electronics to name a few key areas.

“Engagement between our two organisations through the signing of a Memorandum of Understanding is a welcome step in furthering closer academic ties between Scotland and Korea. It will help the sector continue to develop partnerships and collaborative research between individual universities in Scotland and Korea, as well as through Scotland’s highly regarded research pools in areas such as Energy, Engineering, Economics, Education, Life Sciences, Science and Social science.”

A representative from Korean Council for University Education said:

“The memorandum of understanding marks a real effort to achieve concrete actions which will enhance academic links between both countries and generate bilateral opportunities for students and staff.”