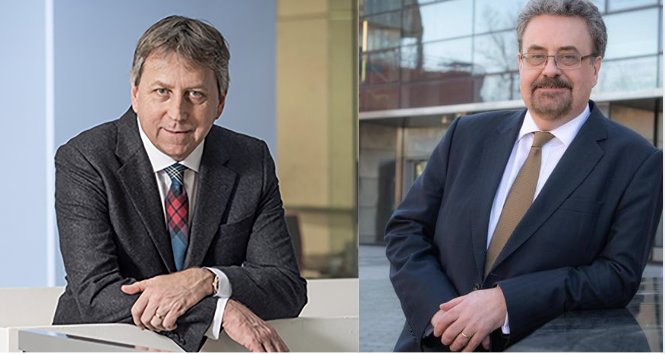 Two Principals of Scottish universities have spoken to the latest edition of Holyrood about the need for funding for research.

Scotland’s universities provide world-leading research and have some of the best universities in the word that attracts many people to Scotland to study. However, there is the significant challenge of keeping these world class researchers and companies in Scotland.

Professor Iain Gillespie, Principal of the University of Dundee said:

“In some areas we are absolutely number one in the world, no bones about it – Scotland is outstanding at life sciences, genuinely world-leading in many areas. The biggest issue for us is that we can’t keep the companies here in Scotland.

“We grow them and then they leave. Keeping them here so that we get the benefit of these very high-growth companies, these unicorn companies, for our population health and wealth is the biggest challenge for us in our innovation system right now.”

Although there is fantastic research happening at Scotland’s universities, we are seeing real terms cuts to the sector’s budget. Meanwhile, England are seeing an increase. By increasing the budget of Scotland’s universities, there would be further opportunities to create spin outs from research and keep these spin outs in Scotland, benefiting the economy. Professor Gillespie continued:

“There is no secret sauce but there are some relatively small things – they’re not free – that would make a huge difference to be able to turn the brilliant science and the fantastic ideas into spin outs and keep them here and get the benefit for the Scottish economy.”

Professor Peter Mathieson, Principal and Vice-Chancellor of the University of Edinburgh also spoke to Holyrood. He highlighted that universities are a force for economic investment and are very successful at creating jobs and expanding knowledge through spin outs. However, there is a global issue where spin outs can be bought out and relocate outside of the country they were set up.

“We have been hugely successful at creating new companies but there’s always a sense that one sign of that success is someone else wanting to be involved in that and buying them out. Scotland is not alone in that but it’s an issue for us.”

You can read our submission the Scottish Government around our budget ask for further investment in Scottish universities.