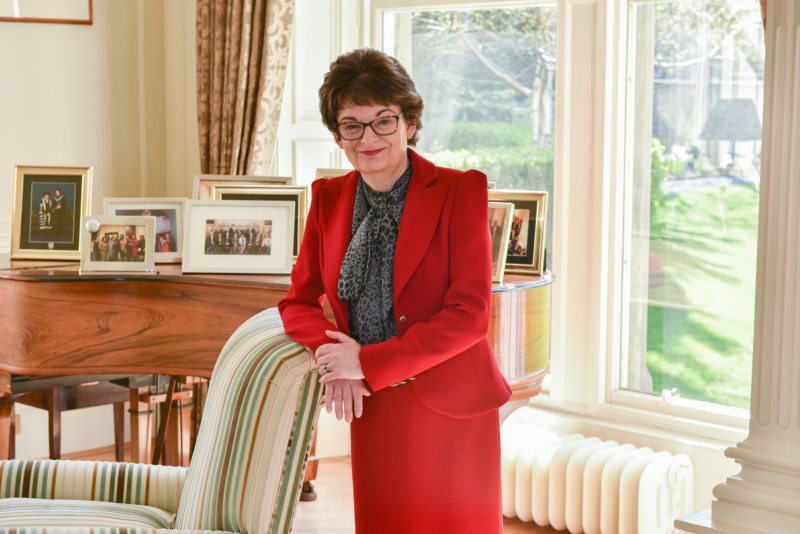 Professor Sally Mapstone has been recognised in the Queen’s Birthday Honours in her Platinum Jubilee year. Sally has been made a DBE for her extraordinary services to higher education.

Dame Sally has been Principal and Vice Chancellor the University of St Andrews since 2016. She has been Vice Convener of Universities Scotland since 2020 and will take on the Convener role from 1 August.

During her time in Scottish higher education, she has been a key figure behind the development of sector-wide progressive admissions policies to widen access. She was instrumental in the introduction of minimum entry requirements and the guarantee for students with care experience. This contribution to inclusion and equality and to the sector is cited in the Queen’s Honours for High Awards

“This award is very well deserved and we’re delighted that Sally’s immense achievements at the University of St Andrews and contributions to higher education policy more widely have been recognised in this way. Sally has a very collegiate and inclusive approach and has been a driving force behind sector-wide work to widen access, including introducing in Scotland the most progressive university admissions policies in the UK.

“We’re very grateful for the insight and energy that Sally brings to Universities Scotland, and I’m delighted that we’ll continue to benefit from this contribution when she takes on the Convener role from the late summer. I know I speak for every Principal and Vice Chancellor and the whole team at Universities Scotland when I wish her warm congratulations for this honour.”

Dame Sally is cited in the Honours list as the greatest living expert on Older Scots. During her time as Principal and Vice Chancellor at the University of St Andrews she led the creation of the University Strategy for 2018-23, which resulted in its attainment of first place in The Times and Sunday Times Good University Guide for 2022. This marked the first time any university has broken the 30-year Oxbridge duopoly at the top of UK university rankings.