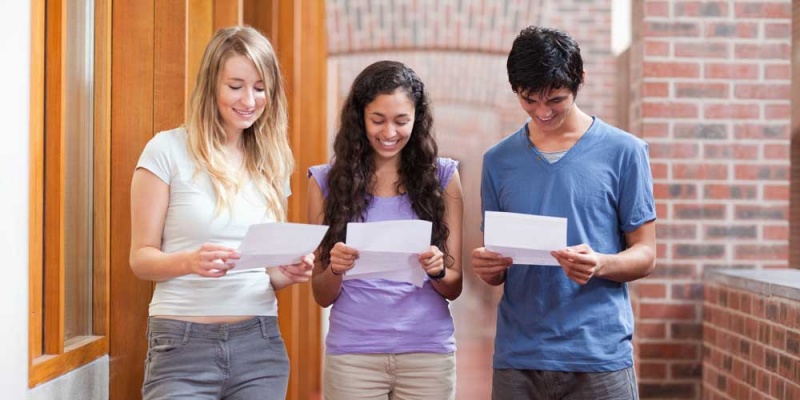 Higher results day has brought good news for Scottish students today (Tuesday 9 August) with a 5 per cent increase in the number of Scots accepted into a Scottish university for 2016/17 academic year compared to the same point last year.

As of midnight last night 28,300 Scottish students had accepted a place at one of Scotland’s 19 higher education institutions, up from 26,990 in 2015 according to figures from UCAS, the university admissions body. These numbers will increase slightly over the coming days and weeks as further offers are accepted and as applicants make use of clearing to find a place.

Record numbers of students of all ages from the most disadvantaged areas have been accepted into university to start in September 2016. Data showing placed applicants by SIMD postcode area is new from UCAS this year. 3,770 Scots of all ages from the most disadvantaged areas in Scotland (SIMD20) have been placed at university. This is an increase of 5 per cent compared to the same time in 2015 (quintile 1 in the UCAS data). There has also been a five per cent increase in placed applicants aged 18 years from SIMD20 compared to last year.

Over the last five years, since 2012, there has been a 36% increase in people of all ages from the most disadvantaged areas of Scotland getting a place at university.

“Congratulations to the many thousands of pupils who are celebrating today. Their hard work, and that of their teachers, has paid off with record numbers accepted into university, an increase of 5 per cent on last year. Universities will be delighted to welcome so many Scottish students in just a few weeks’ time. The new intake can start university confident, knowing that Scotland’s universities offer the most positive destinations upon graduation.

“Today’s figures show very encouraging progress in the university entry rate of students from the most deprived areas of Scotland. We have seen a five per cent increase in placed applicants of all ages from SIMD20 postcodes compared to last year. This group of placed applicants has increased by more than a third over the last five years. This is very positive and consistent progress.

“There is still more to do on access. A big part of the job is to help school pupils, and their parents, from all parts of Scotland to realise that university is an obtainable goal for them so that we see a much higher rate of applications from people of all backgrounds in future years.”

Today’s SQA results reported the second highest number of Higher passes on record at 152,701. A new high in young people’s ‘entry rate’ to university on results day, at 21.3 per cent, is good news for many thousands of Scots but the strong performance in the Highers means that competition for places at university is still high.

Commenting on the pressure on university places, Alastair Sim said:

“Today’s excellent Higher results show how focused pupils are and how determined many of them are to get into university. Universities want to create as many opportunities as they can for people of all backgrounds who have the potential to benefit. We’d welcome a conversation with Government about the number of fully-funded university places available next year. The number getting a university place today is something to celebrate but there will be many who miss out despite being very capable. Additional funded places would help universities to drive widening access further and ensure that highly qualified and well-deserving applicants, whatever their background, get the chance of a university education.”

The results are good news for the majority of applicants. However, there will be some who are disappointed with their grades or who have just missed out on a place at university.

Clearing might be an option for some of these applicants. It provides information about vacancies on courses at Scottish university. Clearing opens to Scottish applicants at 10.00 on Tuesday August. Last year, over 1,700 Scots secured a place at a Scottish university through the clearing system.

Students are encouraged to work quickly to research options on the UCAS clearing website. http://search.ucas.com/