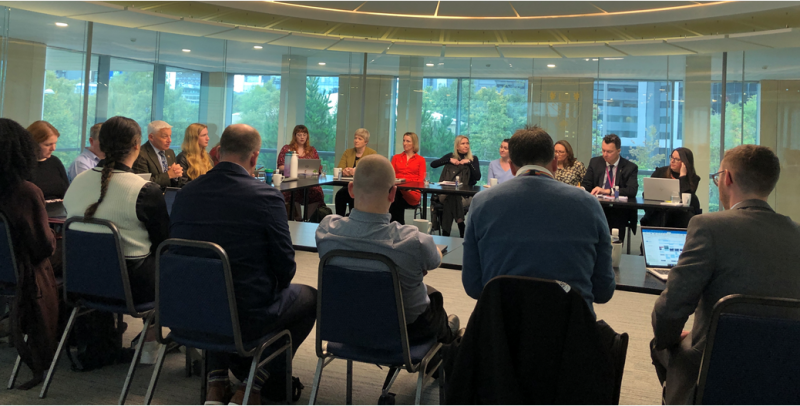 On Tuesday 11 October, we co-hosted a roundtable on student poverty with the National Union of Students Scotland and the Mental Health Foundation at one of our members, Glasgow Caledonian University. This roundtable was the result of a recommendation from the Mental Health Foundation’s Thriving Learners report to determine what additional support and changes in policy is required for students living in poverty.

This roundtable was co-hosted my Glasgow Caledonian’s Deputy Vice Chancellor Professor James Miller and NUS Scotland President Ellie Gomersall with the attendees including of students, Scottish Government officials, stakeholders and universities including Jim Dickinson from Wonkhe. Jim referenced the event in a piece on Wonkhe’s site.

The roundtable featured thoughtful discussions with different aspects of student poverty and what steps can be to taken to tackle this problem. An agreed set of actions from the discussions will be taken to Principals of Scottish higher education institutions. There was consensus in the meeting that participants should aim to incorporate the recommendations into the upcoming Scottish Government’s student mental health action plan.