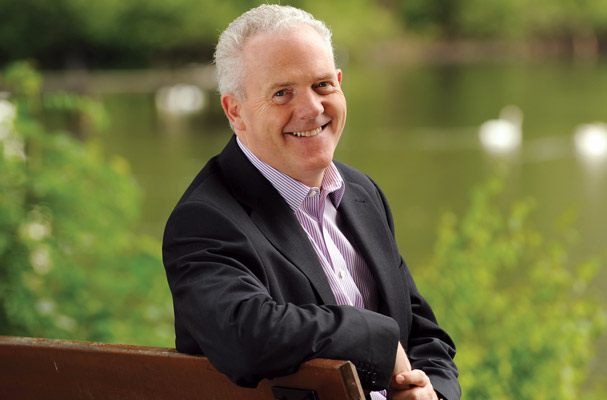 Professor Sir Gerry McCormac is Convener of Universities Scotland and Principal of the University of Stirling. He writes about the success of student athletes at the 2021 Tokyo Olympics.

Competing at the Olympic or Paralympic Games is often the culmination of years – perhaps even a lifetime’s worth – of preparation and dedication to sport. For many athletes, just being at the Games is a remarkable achievement against the odds.

One of the great privileges of being a university Principal is being part of that journey. At Stirling, we have six student athletes competing in the Olympics and one Paralympian. The outstanding success in Tokyo of our swimmer, Duncan Scott, claiming a gold and three silver Olympic medals, resulted in him becoming the first member of Team GB to win four medals in one Games. In the judo arena, Gabriella Wood was the first female judoka to compete at an Olympics for Trinidad and Tobago –proving once again that sport is about breaking down barriers to inspire others.

Across Scotland, there are numerous world-class athletes who are training at state-of-the-art facilities built by or at universities. The Aberdeen Sports Village, located at the University, was used as a base for the Cameroon Olympic Team ahead of London 2012 and also hosted the 2014 Commonwealth Water Polo Championships. Universities also provide access to world-class coaching, top sports scientists and psychologists – supporting students to progress their careers across a wide variety of sports. You only have to look down the Forth to see how this manifests itself, with the University of Edinburgh having students competing in Japan in diving, swimming, rifle-shooting, rowing and rugby sevens.

It’s a great privilege to have Olympians and Paralympians attend our institutions – but for athletes, there is also reciprocal benefit. Sport matters a great deal, but athletes’ careers can be cruelly short and are not often lucrative.  A university education that combines competitive sport with academia ensures athletes are well-rounded individuals, prepared with the skills and knowledge for a second career, out of the competition arena. Universities take pride in ensuring student athletes are fully supported to help them flourish in their academic studies while nurturing their sporting ambitions. Take Laura Muir, a record-breaking runner, who won a silver medal at the Tokyo 2020 Games; she is also a qualified vet from the University of Glasgow. Or rower, Polly Swann, who – following her silver medal at the Rio Games – completed a medical degree at Edinburgh and has been working in the NHS during the pandemic.

University sports facilities are not just for Olympians though and therein lies the real benefit. Our facilities are used for health, wellbeing and recreational sport by the wider student population and, often, also by the local communities of which our institutions are a part. In some cases, this means that world-class athletes are training alongside club players, undergraduate and postgraduate students, as well as members of the public. We know from listening to many athletes that there is unbridled power in ‘seeing it to believe it’. At Stirling, young swimmers from local clubs can watch, learn and be inspired at close quarters by the dedication of Olympic gold medallists Duncan Scott and Kathleen Dawson. Students at UWS’s Lanarkshire campus can use the same environmental training chamber – which replicates environmental extremes— that the Scottish Women’s National Team used before the FIFA World Cup in France in 2019. Universities are open institutions, and we think it’s important that as many people as possible can share and benefit from the facilities that are helping our students to reach the podium in Tokyo and elsewhere.

Like a university, sport has its own relentless calendar. I know that for some of our athletes, the Tokyo 2020 Games will be the pinnacle of their sporting careers – for others, it is just the beginning. Regardless, universities across Scotland will be there to support them on the next part of their journey.