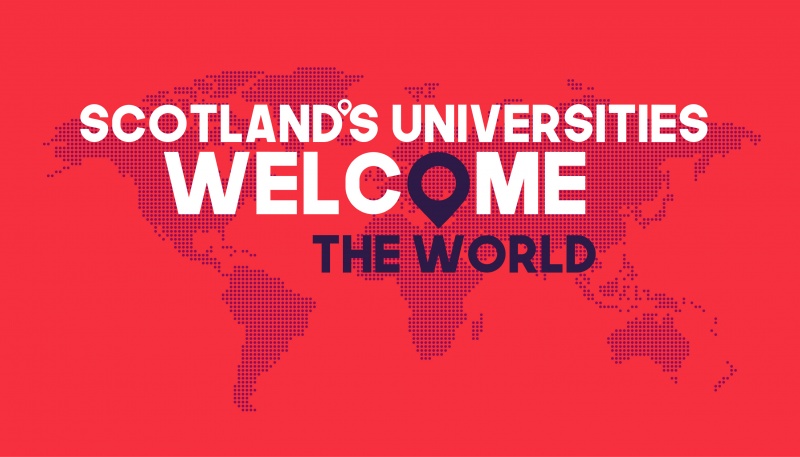 Today (25 January), all 19 higher education institutions across Scotland have come together to back a new campaign to welcome students from around the world.

The campaign officially was launched last night at an international Burns Night event in the Corn Exchange Edinburgh attended by Scotland’s First Minister, Nicola Sturgeon, alongside over 300 students, dignitaries and university staff from more than 65 different countries around the world.

Speaking about the campaign, the First Minister said:

“Scotland is very proud of our tradition for excellence in education, and also of our deep-seated sense of internationalism.

“This has been an extraordinary past few months in the UK. We have confirmed that eligible EU students already studying here – or starting a degree later this Autumn – will continue to receive free tuition for the duration of their course. We will continue to press the UK Government to provide assurances that the status and rights of EU nationals currently living in Scotland will not change in the future.

“But more than anything else, every student who has come from outside Scotland – from the EU or further afield – to study here is welcome.”

“Students from almost every country in the world come to Scotland to study in our universities: from Albania to Zimbabwe, and we are incredibly proud to welcome the world.

“We celebrated Burns Night with students and staff from over 68 different countries.  This is what Scottish culture represents for me – it is open, inclusive, international and welcoming.

“Scotland’s higher education institutions currently have staff and students from over 180 different countries, and 50,000 international students have chosen Scotland as their place of study.  This international diversity in our higher education institutions contributes significantly to the quality of education we can offer; it enriches the experience that all students have and helps us deliver world-leading research.

“As an international student, reaching Scotland for the first time, I didn’t know what to expect. Coming all the way from Malaysia to study in Scotland meant being away from my friends, family and home for years, it was a scary thought – and this is a familiar story for many other international students.

“But in the end, it is the small things that make us feel at home. Things like a smile, someone asking ‘how are you doing’, being greeted at the airport, getting help moving into my accommodation, and – most importantly – being introduced to haggis, neeps And tatties.

“I’ve embraced Scotland. This is a country where you can build lifelong friendships, unite cultures and transcend borders; Scotland feels like the heart of a global community. I am proud to say that that #ScotlandWelcomesTheWorld.”

The event premiered a campaign video showcasing the welcome international students have received and why they love studying here. Scottish students celebrated the importance of studying as part of an international peer group. The video is live online at studyinscotland.org and further videos will be unveiled on social media over the coming weeks.

For more information about the global campaign, visit studyinscotland.org. Students and others from around the world are joining in online using #Scotlandwelcomestheworld on Facebook, Twitter and Instagram.