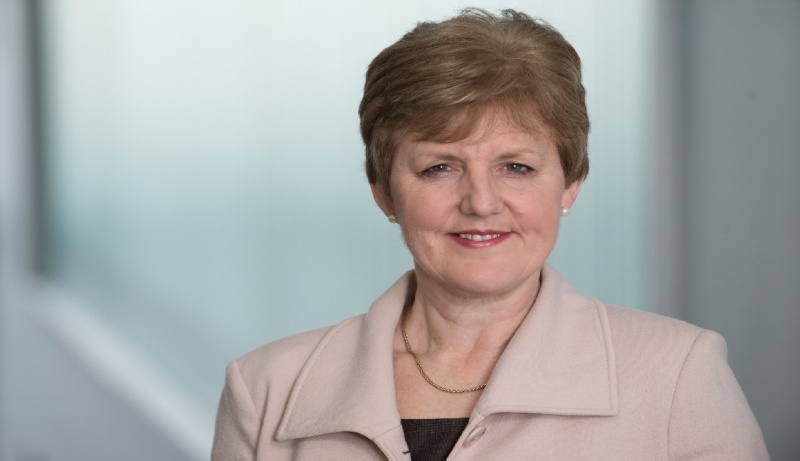 Professor Andrea Nolan, Convener of Universities Scotland, has called on the Scotland Office today (Wednesday 14 December) to work with Scottish higher education to make a case to the UK Government that positive change is needed to immigration policy to ensure that international talent can come to study in Scotland’s universities and remain after graduation to meet the skills gaps facing the Scottish economy.

Professor Nolan’s comments come in the same week as media speculation that the UK Government could be considering halving the number of international students entering the UK (1) as part of a forthcoming consultation expected from the Home Office in the next few weeks.

“As we prepare for exiting the European Union, we are being advised to take the opportunity to focus our interests more broadly than Europe, to build even more relationships across the world. (2) If universities are to take this as an opportunity and make a bigger contribution to the UK’s export economy in doing so, we need to see positive and meaningful change on immigration from the UK Government so we can restore our competitiveness in the recruitment of international students.

“Universities are a key sector of the Scottish economy, contributing over £7 billion every year. We call on the Scotland Office and UK Government to make the economic decision to support universities to be competitive, to support them to grow the value of their exports, as it would any other sector of the economy. We need the UK Government to bring forward positive changes to its policy on student immigration.”

Commenting on media speculation that the UK Government’s planned consultation on immigration may aim to reduce international student numbers entering the UK by half, Professor Nolan said:

“University leaders are deeply fearful of any proposals to further restrict the flow of international talent into our universities. We cannot see who would benefit from such a move.

Universities Scotland submitted written evidence to the Scottish Affairs Committee’s inquiry in late October. The inquiry poses the question: “What consequences and opportunities exist for developing Scottish trade in Europe and beyond in light of the EU referendum result?”

The Scottish Affairs Committee inquiry into Scotland’s Place in Europe is still live. Rt Hon Mr Mundell MP, Secretary of State for Scotland, will be a witness at an oral evidence session held by the Committee at 14.15 on Wednesday 14 December. Details can be found at the website: https://www.parliament.uk/business/committees/committees-a-z/commons-select/scottish-affairs-committee/inquiries/parliament-2015/scotland-place-europe-16-17/ Universities Scotland submitted written evidence to the inquiry in late October. We provided the following information in response to the question: “What consequences and opportunities exist for developing Scottish trade in Europe and beyond in light of the EU referendum result?”

“Another significant challenge is the policy environment in which we operate. Our English-language competitors in Canada, New Zealand, the US and Australia make a highly attractive visa offer to international students. Whilst the quality of our higher education sector in Scotland is able to compete with the best, the policy environment in which we operate is a limiting factor. This has seen the growth of international student numbers in Scotland plateau at best, and fall significantly from some of what had been our key markets including India and Nigeria.”