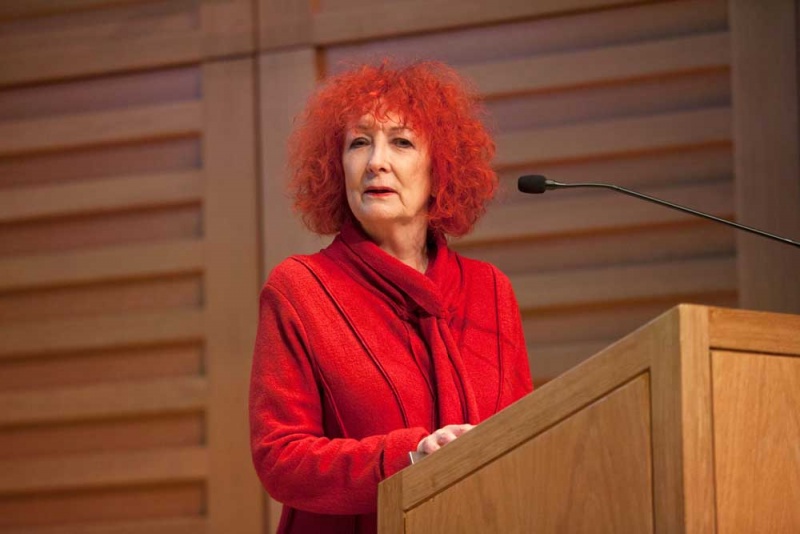 Dame Ruth Silver led the work of the Commission on Widening Access over 2015-16 and its final report, A Blueprint for Fairness. The Blueprint, published in March this year, made 32 recommendations focused on widening access to university and reaching the First Minister’s aspiration that a child born in 2015 in the most deprived areas of Scotland should have the same chance of getting to university by 2030 as someone born into the least deprived areas.

In the early months that followed the Blueprint’s publication, Universities Scotland has been working on our response to the recommendations. We said we would think and act more boldly than before. We were pleased to have Dame Ruth’s input on this on a couple of occasions and to test our final ideas with her. We will start work in three broad areas including admissions, bridging programmes and articulation from college which, together, address a number of the recommendations. Find out more in Futures not Backgrounds.

Dame Ruth comments on the Blueprint and the higher education sector’s response:

Knowing that education is the most powerful weapon there is to break Scotland’s cycle of deprivation and in so doing,  transform lives, dismantle barriers and increase fairness, you will understand why I relished the opportunity to chair Scotland’s Independent Commission on Widening Access. In conjuction with experts from all parts of the education system, we worked hard and swiftly to produce a radical set of recommendations in a Blueprint for Fair Access for March this year to challenge Government, schools, colleges, universities and others for the problem of underrepresentation of talented learners from disadvantaged communities belongs to the whole system.

Scotland has an exciting opportunity to overcome this but only if all involved in the whole system play their best professional part.

I know that Scotland has a genuine appetite for radical, realistic change. There is, impressively,  a solid and creative foundation in widening access here in Scotland but the Commission’s recommendations require every partner in the system to do differently, go deeper to ensure all in our community have every opportunity to succeed. It will take a whole system giving of its best towards this aim.

Scotland’s 19 higher education institutions have already started that process in well chosen, strategic areas with pleasing speed. I have shared in some of their thinking since March and have found the Principals to be highly motivated, open to challenge, ambitious, realistic and preparing to take new and different approaches in their institutions, in partnership with each other and others to deliver the developmental change in access and participation we all want to see.

The three actions Universities Scotland has set out in Futures not Backgrounds are a strong start. Taking a hard look at admissions, bridging programmes and articulation between college and university marks a very positive response in three key areas which link closely to many of our recommendations. They will need to build on this and I understand that Principals are starting the work on more detailed plans and will be engaging with partners and stakeholders over the second half of this year.

The Commission clearly laid much responsibility on the profession itself to step up to the mark on fairness and it is therefore encouraging to witness the early leadership and determination that Principals have shown in response to the Blueprint. Where actions clearly sit with universities, or with others, it is right that those organisations be expected and empowered to lead on those actions for it cannot be overstated how much is invested in getting this right over the next 14 years to 2030.

I believe wholeheartedly that the most powerful, genuine and lasting change will come from within and I am encouraged by the wide support the report has received.

I set out a vision to 2030. It is undoubtedly ambitious and it needs to be: it is also undoubtedly achievable.

All involved in Scotland’s education must seize this opportunity, ensure that it is for all and must start now.