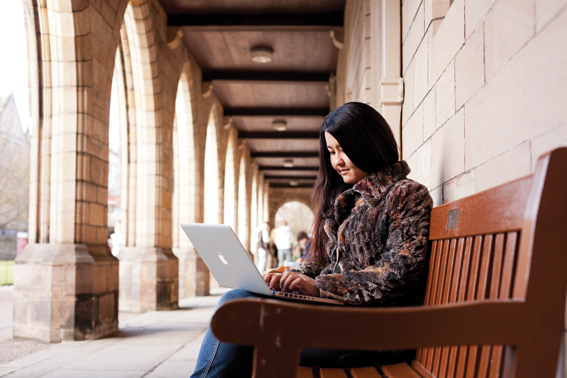 The largest study into the mental health and wellbeing of students in Scotland has revealed nearly three quarters (74%) of university students surveyed reported having low wellbeing, according to the research published by Mental Health Foundation.

The Thriving Learners study also found that more than one third of university students surveyed (36%) reported moderately severe or severe symptoms of depression. Furthermore, nearly half of respondents (45%) reported that they had experienced a serious psychological issue that they felt needed professional help.

These findings and others shared within the 162-page report have prompted a series of recommendations including: calls for student wellbeing to become a measure of success for all universities in Scotland; increased Scottish Government funding for focused wellbeing support; and all universities to undertake further research and training to better understand the impact of trauma on student mental health and wellbeing.

Over 15,000 students from all 19 universities in Scotland participated in the Thriving Learners study. Surveys and qualitative research were undertaken between January and April 2021, during the second national COVID-19 lockdown, to better understand the current state of student mental health, what support is available, what works, and what is still needed.

The project is led by Mental Health Foundation in partnership with Universities Scotland and funded by The Robertson Trust. The publication today collates the data from year one of the study focused on universities. In 2022, the study will concentrate on colleges and further education institutions.

“I want to thank every student who took the time to be part of the biggest survey of this kind in Scotland. Working with students and others is the key to understanding and enhancing the wellbeing support universities can offer.

“The data achieves most where it catalyses action. As universities, we are determined that it will. Mental health is a strategic commitment of every institution in Scotland and a personal priority of every Principal.

“We will act, individually and collectively, on the findings and recommendations. Having had the benefit of being close to the research throughout, I can say that we’ve wasted no time and we are already acting on the findings. We owe that to every student in our institutions.”

“The number of students experiencing low wellbeing or symptoms of poor mental health is alarming. We all feel low at times, but it is vital that the right supports are in place to prevent mental health problems developing or escalating.

“We know that universities all over Scotland care about the wellbeing of their students. Currently the path to mental health and wellbeing support for students can be confusing and often the proposed solution is mental health counselling, for which there may be a lengthy wait.

“We need sector-wide change, and we are pleased that universities across Scotland are open to our recommendations for continued improvement including incorporating student wellbeing within their measures of success. We’d like to see a broader wellbeing support-model that includes a variety of interventions and services available at every university to empower students with the skills and knowledge to live a healthy and happy life, and feel reassured that more intensive support is available when it’s needed.”

A move to a sector-wide support model focused on wellbeing would mean that, no matter which university they attended, a student would have access to a range of supports. More than half of university students (57%) reported concealing a mental health problem for fear of stigmatisation. The charity hopes that changing the culture of mental health support at university to a broader wellbeing approach for all would empower people to be more open, seek and find the right help at an earlier stage, and prevent mental health problems developing or worsening.

“We need to normalise conversations about wellbeing and mental health so that students are comfortable reaching out for help but also that both students and staff understand support doesn’t necessarily mean mental health counselling. Our study also revealed students’ positive coping mechanisms such as being in green spaces, doing exercise, and connecting with family and friends. So, in many cases a different kind of help, such as an introduction to an extracurricular group with their peers, may be a better option than a formal mental health appointment.”

While the study was undertaken during the pandemic which undoubtedly added additional pressures to students, Mental Health Foundation urges caution in attributing too much reasoning for the study results to the impact of COVID19, lockdowns and restrictions. It is clear that existing inequalities have been exacerbated by the pandemic so the 22 per cent of students who were worried about running out of food and the 24 per cent who ate less due to lack of money, were likely to have already been struggling financially. To begin to address this the charity is calling for an urgent roundtable discussion about widening access and tackling student poverty and food insecurity, both among the root causes of poor mental health, in a bid to find and implement solutions supported by decision-makers at Scottish Government, the university sector, and poverty organisations.

“The Trust was first approached by the Mental Health Foundation in 2019 under our previous strategy with a proposal to support their Thriving Learners study.

“Through our own in-house Scholarship project, Journey to Success, we know that when students face barriers to engaging in Higher Education, this can affect their emotional wellbeing which is highlighted in the findings from the Thriving Learners study.

“The study is a much-needed resource for the sector, and we are keen to follow the progress of the Mental Health Foundations recommendations. We look forward to supporting the next phase of their research.”

The Thriving Learners survey was live from 13 January 2021 – 2 April 2021 and had a total sample size of 15,128 university students in Scotland. This sample represents 5.9% of the Scottish university population.