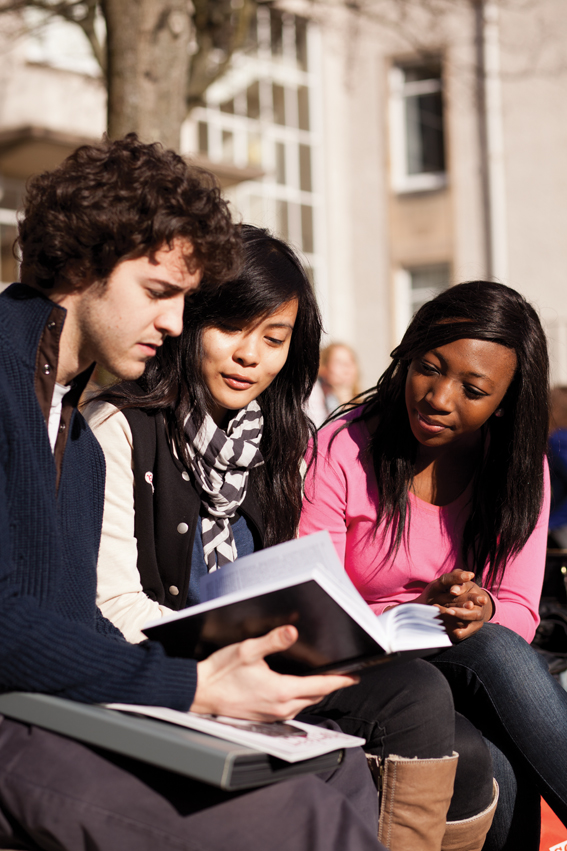 Scotland’s universities and business leaders have united together in calling upon the Smith Commission to seize the opportunity and ensure that partial devolution of immigration policy is included as an additional power for Scotland in the Heads of Agreement to be reached by the end of this month.

The staff, students and principals at Scotland’s universities have written an open letter to the Smith Commission with key business organisations, including the Scottish Council for Development and Industry (SCDI), the Scottish Chambers of Commerce, the Institute of Directors Scotland and specialist sector bodies, ScotlandIS, which represents Scotland’s IT and digital technology sector, and Scottish Renewables.

Partial devolution of immigration policy to Scotland would enable the Scottish Parliament to re-introduce a two-year post-study work entitlement for international students graduating from Scottish institutions. This would enable Scotland to attract and retain highly-skilled young people, making a significant positive contribution to Scotland’s economy and demography.

Scotland faces specific demographic challenges that are quite distinct from the rest of the UK, with slower population growth and a population that is ageing at a faster rate. The number of people aged over 65 years is projected to rise by 59 per cent by 2037. As there is a close correlation between population growth of highly skilled people in the workforce and growth of Gross Domestic Product (GDP), which puts Scotland at an economic disadvantage compared to the rest of the UK.
The relatively greater economic and fiscal challenges faced by Scotland, as a consequence of its ageing population, were acknowledged by the Scottish Government, UK Government and Better Together parties during the referendum debate.

The Smith Commission represents an opportunity to craft limited variations to the UK immigration policy that allow Scotland to address its specific demographic and economic needs. If included as a recommendation in the cross-party Heads of Agreement, to be reached by the end of November, this would give Lord Smith of Kelvin a strong mandate to negotiate this outcome for Scotland in talks that follow with the UK Government.

Professor Pete Downes, Convener of Universities Scotland and Principal of the University of Dundee said:

“Scotland has already proved that it’s possible to have a difference in immigration policy, bringing demographic and economic benefit to Scotland with no impact on the rest of the UK. Fresh Talent was a big success and we’re looking to the Smith Commission, and to the UK Government, to give Scotland this opportunity again.

“There is a wealth of evidence to support the need for partial devolution of immigration policy. Scotland has distinct demographic challenges that adversely affect our potential for economic growth. We face skills shortages in key sectors, as articulated by business, and our universities are forced to operate in an anti-competitive environment in attracting international talent that could be of great economic and social benefit to Scotland.

The re-introduction of a two-year post-study work route for international students would give Scotland’s universities an equal footing in the attraction of international students and could reverse the recent double-digit drop universities have seen in student numbers as a result of perceptions of UK Government policy overseas and the lack of a post-study work route, which is offered by other English-language countries such as the US, Canada, New Zealand and Australia.

In recent years, the number of Indian students studying in Scotland has fallen by 49 per cent and there has been a 17 per cent drop in students from Nigeria.

Scottish public opinion is supportive of such powers being devolved to Scotland; a 2014 survey by the Oxford University Migration Observatory found that 60 per cent of people believe the Scottish Government is best placed to make decisions about immigration policy in Scotland.

“Greater powers to attract and retain high-talent from other countries would make a big difference to key economic tests for Scotland – developing a more highly skilled and productive workforce, creating more innovative businesses, and improving our global skills and connections to grow our exports.

“Major Scottish industries would soon benefit from this talent, the Scottish economy and society have distinct long-term needs and there is broad civic support for this move, and that is why we are jointly asking the Smith Commission to transfer these powers and enhance Scotland’s ability to prosper.”

David Watt, Executive Director of the IoD in Scotland said:

“There is little doubt that the current UK immigration policy is not fit for Scotland’s future, as we face completely different demographic challenges to other parts of the UK. This is the ideal opportunity to address the challenges we face in terms of sustaining a pool of talent. Yes, radical thinking may be required – but it’s vital that the outcome contributes to the long term availability of a talented, ambitious, creative and innovative workforce.”

“A relaxation in visa control for overseas postgraduate students studying in Scotland would have an immediate positive impact on the current critical skills shortage facing the digital technologies industry in Scotland.”

“International students bring new perspectives and new ways of learning that enriches the learning experience for them, for Scottish students, and for the institution and their communities as a whole. Allowing those same students the opportunity to stay in Scotland and work once they’ve graduated, to continue enriching Scottish society and the economy, makes sense for everyone involved.

“The Fresh Talent initiative showed that international students have much more to contribute to Scotland, once they have graduated. Providing the powers to bring a similar scheme back, and give those students that opportunity once more, is something that staff, students and institutions are rightly united on.”