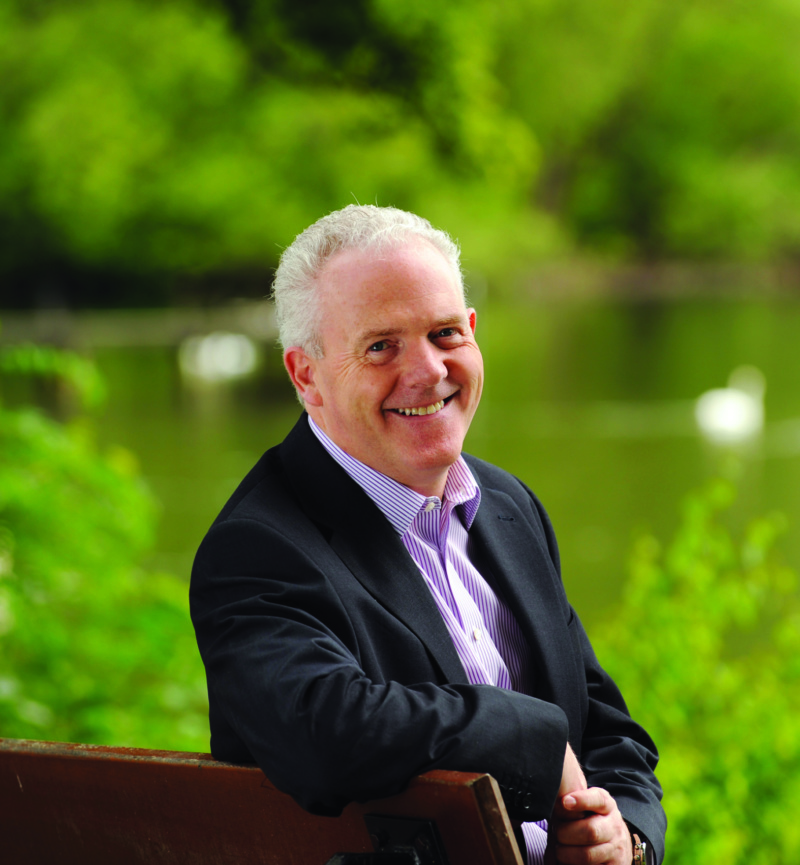 Universities Scotland, the organisation which represents all 19 of Scotland’s higher education institutions welcomes Professor Gerry McCormac as its Convener and Professor Sally Mapstone as Vice Convener for a period of two years from 1 August 2020 to 31 July 2022.

Professor Gerry McCormac, Principal & Vice Chancellor at the University of Stirling, was elected to the role by his fellow Principals. Professor McCormac is currently the Vice Convener of Universities Scotland, a role he has held since 2016. Professor McCormac is an active member of the employers’ association for universities and colleges, UCEA, acting as chair of its Scottish Committee and sitting on its UK board. He is a fellow of the Royal Society of Edinburgh (FRSE), the Royal Society of Antiquaries (FSA) and the Royal Society of Arts, Commerce and Manufacturers (FRSA). He chaired a review of teacher employment in Scotland for the Scottish Government in 2011.

Professor McCormac takes on the role at a critical point for the higher education sector in Scotland. The COVID-19 crisis has left universities in Scotland exposed to potential losses in excess of £500m in the coming 2020/21 academic year. Last week’s Higgins Reports noted that for the recovery to be successful it will have to be education-led, with an emphasis on the enormous contribution that universities make to Scotland’s economy.

“It is an honour to be elected Convener by my colleagues, especially at a time of crisis. In the aftermath of the coronavirus pandemic, education and research will play a vital role in rebuilding, reskilling and restoring the fabric of society. Our universities will work with partners across education, the public sector and industry to ensure that we adapt peoples’ skills and aptitudes, developing them, so that they can succeed in a changed economy. We will do all we can to play a pivotal role in avoiding the injustice of a ‘lost generation’ of people who became distant from the world of work during the recession.

“I firmly believe that universities will be at the centre of a successful recovery from COVID-19 in Scotland. Working with government, I am confident that universities will make a full and innovative contribution to the nation’s post-pandemic recovery and success. Scotland wants to ‘build back better’ after the crisis, the contributions universities will make to promote agile and relevant offerings for learners, how we can further support business and the economy through the recession, and how we promote cultural recovery and environmental sustainability, while keeping Scotland internationally focused and connected, are all critically important.”

Professor McCormac takes over the Convenership role from Professor Andrea Nolan, Principal at Edinburgh Napier University who served two consecutive terms in the role from 2016.

“I want to pay tribute to Professor Andrea Nolan for her work as Convener over the past four years. She has led with passion, energy and a focus on unity for the sector during a period of great uncertainty. She worked tirelessly to promote the value of universities to society and sought, at every opportunity, to be fully inclusive and ensure that the value of learning and skills were recognised as the basis of a fair and just society and successful economy.”

Professor Sally Mapstone was elected Vice Convener and serves for the same two-year period as the Convener. Professor Mapstone has been Principal and Vice-Chancellor of the University of St Andrews since 2016. She had previously served as Pro-Vice-Chancellor for Education and as Pro-Vice-Chancellor for Personnel and Equality at the University of Oxford. Professor Mapstone has recently led one of Universities Scotland’s work streams to widen access through changes to the admissions process and currently chairs Universities Scotland’s Admissions Policy Group. She is a board member of Universities UK and UCAS, a Fellow of the Royal Society of Edinburgh, and President of the Saltire Society.

“This is a sector that Scotland can be proud of. Its quality and reputation have been hard-won by the efforts of staff, students and university leaders working in tandem with politicians and civic society. The diversity of the sector in Scotland is one of its great strengths and the collegiate nature that exists in Scotland will be crucial in the coming years. We remain committed to our social and community mission at the same time as maintaining our excellence. We can do this by building back stronger and embedding ourselves further into the lives of the Scottish people.”

Universities Scotland can also confirm that the following Principals have been elected as Committee Conveners for academic years 2020/21 and 2021/22: