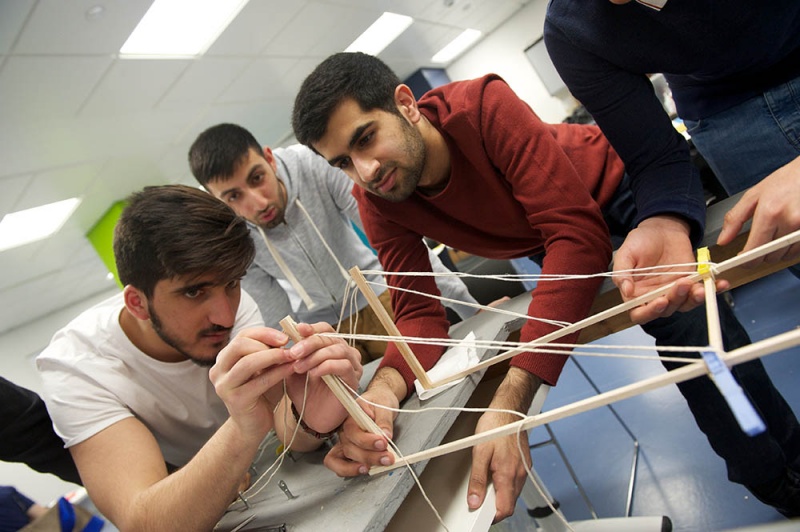 Earlier this year the Scottish Government published, ‘Scotland Can Do’, its framework to make Scotland a world-leading innovative nation.

Universities are at the heart of that aim. A key sector of the economy in its own right, with an economic impact of over £6bn each year, Scotland has more world class universities per head of population than anywhere else.
What is perhaps less well known is how, day in day out, universities are working successfully with Scottish companies to help them grow and are helping academics and students to create businesses of their own. Each year sees other organisations invest in over 25,000 contracts for research consultancy and CPD contracts with the sector. Universities also assist staff and students on the challenging road of company creation and growth, many of them finding commercial applications for the cutting edge knowledge emerging from research. Indeed, Scotland’s universities account for a 28% share of all spin-out companies formed in the UK in last three years. The nearest rival is London with an 18% share. Overall, Scotland’s performance is internationally competitive. The Global Competitiveness Survey put Scotland ahead of Germany, Finland and the US amongst others for university-business engagement. However, there is an appetite amongst universities to do more.

Helping companies along this path is core business for universities and the government agencies that facilitate such links. Some companies, such as Microlase, a spin-out from the University of Strathclyde building solid state lasers, move from university incubation facilities through to private investment for expanded facilities within a science park. In that case an investor, US-based Coherent Inc, a global supplier of photonics products and solutions, bought out the company. Coherent Scotland continues to expand, with Glasgow as its world centre for development of its highly successful ultra-short pulse laser systems, employing over 100 people and turning over £35M.
Similarly, Edinburgh Molecular Imaging, the biggest spin-out to date at Edinburgh Bioquarter, a partnership between University of Edinburgh, NHS Lothian and industry, has secured £4m financing from Epidarex Capital, a specialist life science venture capital group, and the Scottish Investment Bank – Scottish Enterprise’s investment arm. The company is pioneering Optical Molecular Imaging (OMI) technology that will detect harmful processes deep inside the human body, at the bedside, in real time and at molecular resolution.

Celtic Renewables Ltd, a start-up company formed to commercialise fermentation technology developed at Edinburgh Napier’s Biofuel Research Centre, has worked with the university, Scottish Enterprise and private sector funders during its growth. The Scottish Enterprise (SE) ‘toolkit’ supported the university in securing patents and influenced the technology development road map. Proof of Concept funding then supported technical and commercial development. The company was also assisted by the SE High Growth Team and received SMART Scotland support for the feasibility studies around the IP licensed to the company from the University.
Mode Dx Ltd, a spin-out from the University of Glasgow, has recently secured Series ‘B’ funding from new investors, Longwall Ventures as well as existing investors, IP Group plc, Parkwalk Advisors, Scottish Investment Bank and the management team. The investment will support the commercial launch of its first product, meASURE Bowel Health, a self-test cancer screen, through a high street retail pharmacy partner. Mode is just one of a portfolio of companies created through the institution’s partnership with venture capital group – IP Group plc.

These companies’ stories reflect the long term nature of partnerships. It can take 2 to 4 years to develop a research generated technology from invention to first investment. During their development, companies draw on the support of commercialisation offices and the expertise in the university community more broadly, for example through strategic appointments to company boards. As companies grow, they naturally look to the university’s graduates to meet their recruitment needs and to get involved in specialist institutes. Meanwhile, where a university receives a return from the sale of its shareholding in a spin-out these funds are re-invested in a variety of ways from the development of education and research infrastructure to providing early-stage finance to spin-outs at the highest risk stage.

Innovation from university – business partnerships is a strategic goal right around the world and success is founded on continued adaptation of approach. At the national level, we continue to see relatively low levels of business R&D activity in Scotland and so stimulating business ‘demand’ remains vitally important. Similarly, the recent RSE, ICAS and Scottish Financial Enterprise report on growth capital for high potential companies points us to possible solutions to another vital strategic concern. Building on the joint-working evident in the new Innovation Centres, there is room for further alignment of government support mechanisms. For universities, there is work ongoing on to refine pathways for business interaction, be they general, such as standard contract terms or ‘easy access’ IP, or bespoke to company or industry needs. Universities will continue to be a central player, stimulating and supporting innovation in our diverse business base. To succeed, collaboration between all elements of the triple helix of university-business-government will continue to be crucial.

This piece originally appeared in The Scotsman on Thursday 7 August 2014 titled ‘Universities ‘can do’ business success’.