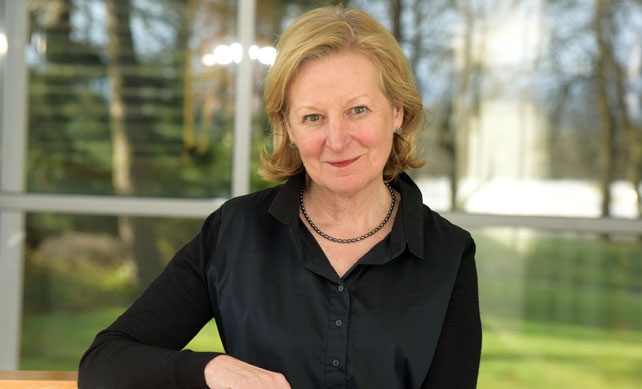 Climate change. Automation. Ageing. Bioengineering pandemics. Artificial intelligence. The biggest problems facing society in the coming century are ones that will be tackled by people from across the world working together. Making it as easy as possible for the most talented to move around the world should be a priority for every government.

In Scotland we have a number of world class assets. One of those assets is our higher education sector:  19 world-class institutions that attract talent from around the world. The smartest minds from around the world want to come to Scotland. And when they get here, many of them find fulfilment. That may be in their surroundings, personal relationships or more than likely, their studies. They want to stay in Scotland. Many want to contribute to our emerging industries and its start-ups. Many of them want to join our vibrant SMEs. Many of them want to start their own businesses. Most of them do not want to stay with us for ever, but will typically stay for a couple of years before returning home taking a rich network of Scottish business connections.  Some will continue to do business with Scotland for many years, bringing us valuable inward investment.

Yet at the moment they are thwarted. Thwarted by a system that doesn’t take into account the needs of the Scottish economy nor what the rest of the world offers graduates. It’s no coincidence that Ireland announced a 24-month “stay back option” for international postgraduates in February. At Stirling, we’re not competing for prospective students with Strathclyde and Surrey, but Saskatchewan and Sydney. But currently we are operating in a system that does not recognise that fact.

All is not lost, however. The Smith Commission, published in 2014, made clear that the issue that the UK and Scottish Governments should work together to:

So far, in over two years, this recommendation has led to a lot of discussions but very little action. This is something that needs to change in the next Parliament, especially if other powers being devolved allow innovations in post-study visas.

Thirty years of working with universities, their students and the employers of their graduates has shown me that if employers cannot hire the diversity of talent that they need from the graduates of our universities because of visa restrictions,  they will not hire more British graduate, but will off-shore their activities to jurisdictions where hiring a diverse talent is encouraged.  Scotland’s economy would be greatly enriched if Scottish employers could hire from the full diverse talent pool that our 19 universities produce.

The Chairs give their full and energetic support to the consensus exists that exists on this issue right across the HE community, including staff, students, Principals, across the Scottish  Parliament and Scottish Government and across employers and the business community. What we must do now is translate that unity into a solution that is both acceptable to the Home Office and allows the Scottish economy to flourish.

Universities in Scotland were forging international links before the concept of the modern day nation state existed. Regardless of the outcome of Brexit, they will continue to do so. But there’s little doubt it will be harder. If we can get a system in place that allows our international graduates to stay, then the future could be significantly brighter.