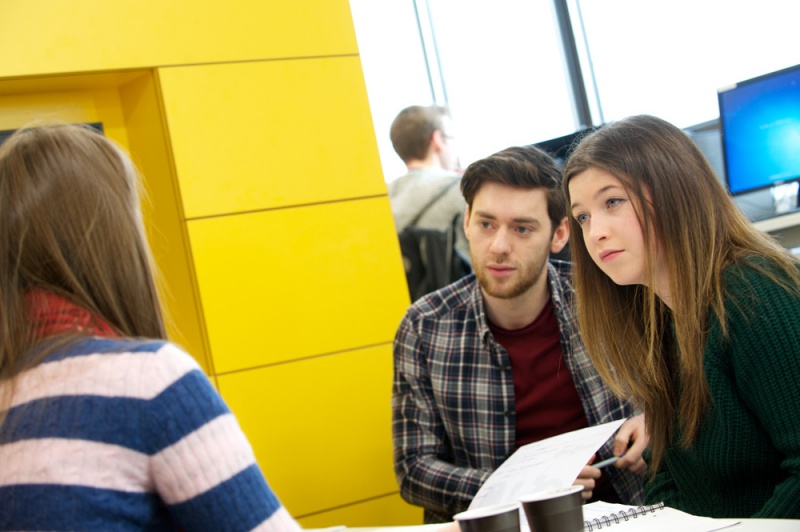 A report published today (Friday, 18th), which considers university engagement with the senior phase of Curriculum for Excellence, sees University Principals deliver a firm commitment to ‘fair and equal’ consideration of the varied range and routes to qualifications soon to be available to pupils in Scotland’s schools.

This commitment will be of interest to school leaders and parents given pupils currently in S2 will be making decisions from next year onwards that will affect the choices available to them in the senior phase. Key actions emerging from the report, Beyond the Senior Phase, published by Universities Scotland and endorsed by the Principals of all 19 universities and higher education institutions in Scotland, include:

The report, Chaired by Professor Grant Jarvie, was produced by a working group of university Vice Principals and Admissions Directors drawn from a representative sample of Scotland’s universities. The group also consulted School Leaders Scotland and other stakeholders throughout the project.

“From a university perspective there is much to be optimistic about within Curriculum for Excellence. The kind of learners that the Curriculum will look to develop strongly complements the learning experience at university.

“New qualifications and far greater diversity in how learners can achieve them will mean an increasingly complex responsibility rests on university admissions to ensure pupils are treated fairly and equally but I am confident that we will rise to the challenge. Universities already admit students from across the globe, each of whom apply with different qualifications. It is important that universities are able to give schools, parents and pupils at home in Scotland the same clear and early reassurance .”

In publishing the report, Professor Jarvie who represents universities on Curriculum for Excellence’s Management Board, said:

“The publication of this report is both timely and necessary. Most significantly in its central recommendations this report helps to deliver what parents and school leaders have been asking for.”

The commitment has been welcomed by school leaders and parents associations. Ken Cunningham of School Leaders Scotland said:

“With this kind of commitment to collaboration and communication on the part of schools, universities, colleges and Government, the future prospects of Scotland’s young people as they move to future study should be assured.

“Building on existing good relationships, we have been very pleased to have been involved in this particular consultation and are delighted at the promise contained in this work.”

“Parents and carers have been seeking reassurance for some time around University admissions for young people who are studying within CfE. A more flexible schools system cannot create penalties for young people who want to go on to higher education. I believe this report is a welcome step forward which will go some way toward providing parents with the comfort they seek.”

The Association of Directors of Education in Scotland (ADES) said:

“ADES welcomes the report and in particular the commitment of Universities to review their admissions policies. It is essential that Universities are active partners in the implementation of Curriculum for Excellence and that more flexible approaches are available for the learners’ journey through education which includes the transition between school and university.”

As well as making a clear commitment to engage with the flexibility provided for within the senior phase of Curriculum for Excellence with regards to university admissions, part two of the report also provides a Curriculum for Excellence resource bank which it is hoped will be useful to university staff as institutions undertake their internal reviews.