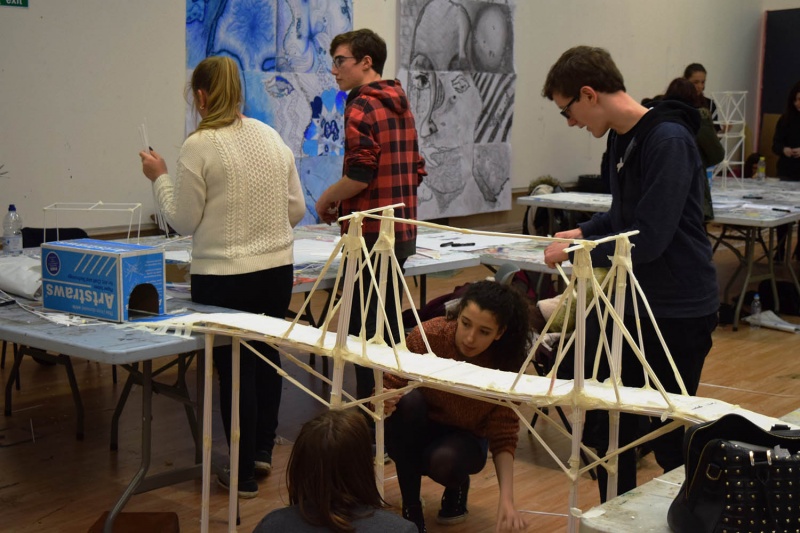 Scots will go to the polls on Thursday 5 May to choose who gets to form a Scottish Government for the next five years. With the campaign in full swing, and with just one more manifesto to be published, our Director, Alastair Sim, writes about what the outcome of the election could mean for Scotland’s universities.

Education and the educational attainment gap have featured prominently in this year’s Scottish Parliament election campaign. Parties have made a range of commitments and policy proposals to extend early years provision and support schools. It looks like there is a consensus that it is now time to tackle the attainment gap in Scotland once and for all.

We have long argued that Scotland’s attainment challenge begins in the very early years. Work undertaken every day in universities across Scotland to widen access is a response to the inequality of opportunity that our people experience earlier in the education system. Universities use contextualised admissions, for example, which considers more information about an applicants’ attainment and potential to succeed in higher education in the context of the circumstances that their prior attainment was obtained. We deliver a life-cycle approach to widening access, which means starting access initiatives in the early-years, with parental involvement, right through school, college to include mature learners.

Investment in the early years and schools is welcome and will go hand in hand with efforts to deliver system-wide change on widening access to university in Scotland. The Commission on Widening Access published its final report, ‘A Blueprint for Fairness’, in March this year. Its recommendations have been given full support by the SNP, Scottish Greens and Liberal Democrats, and we anticipate Scottish Labour’s manifesto will confirm their support, too.

We were pleased to see the Commission recognise the good work already going on to widen access in our universities and we agree that all parts of the education system must work collaboratively together to achieve fair access. We deeply share the First Minister’s commitment to enabling people to realise their full educational potential, irrespective of their socioeconomic background. We will seek early post-election engagement with the Scottish Government after the election on how we can play our part to build on that report, including the important challenges set out for universities, government and other stakeholders. It’s the right thing to do.

Allowing all students from Scotland to attend Scottish universities for free was ranked as the second most popular policy in a BBC poll. The voters polled ranked free higher education second behind guaranteed spending increases for the NHS. A continued commitment to free higher education was made in the SNP’s manifesto, launched this week; a policy that is mirrored in the manifestos of the Scottish Greens and the Scottish Liberal Democrats. We also expect Scottish Labour’s support for free HE to be confirmed when it publishes its manifesto next week.

Only the Scottish Conservatives propose an alternative approach through their plans for a graduate contribution of £1,500. This would be paid when graduates hit a salary threshold of £20,000 and with exemptions for part-time, disabled and post-graduates. In their manifesto, the Scottish Conservatives argue that “universities are becoming increasingly uncompetitive” and set out why universities need more investment, which would be met through their graduate contribution. The Liberal Democrats also support the need for well-funded and competitive universities, but this is not quantified.

We believe that only by funding our universities at levels which keep them truly competitive in world terms, and widely accessible to learners from diverse backgrounds, can our politicians enable them to make their greatest contribution to Scotland’s people and economy.

It remains a political choice as to how we fund our universities, but maintaining investment in our teaching and research excellence – and in wide access to excellent universities – must be the guiding principle no matter the chosen fees policy of the next Scottish Government.

We will put forward our strong, evidenced case for increased investment in universities to inform the anticipated comprehensive spending review post-election. We’ll outline how we can use that investment to deliver on shared educational, social and economic priorities. We’ll also argue why it is needed to maintain our position as one of the world’s best higher education systems, support our efforts to deliver fair access, and keep our universities as places of research and innovation excellence to grow the economy.

Commitments across the manifestos published so far that can help universities deliver benefit for Scotland include support for institutions’ autonomy, post-study work visas for international students, and a focus on innovation and entrepreneurship to grow Scotland’s economy. There is a challenge for universities to play their full role in helping to boost Scotland’s productivity through innovation, and this is a challenge we are ready to take on with our five-point innovation action plan.

Whatever the outcome of the vote in two weeks’ time (and the polls currently suggest a further SNP administration), the resulting parliament will be made up of many parties, all with ideas and energy to contribute to Scotland’s success. Universities will seek the support of all those elected to Parliament to help promote their excellence at home and overseas for the next five years and beyond.