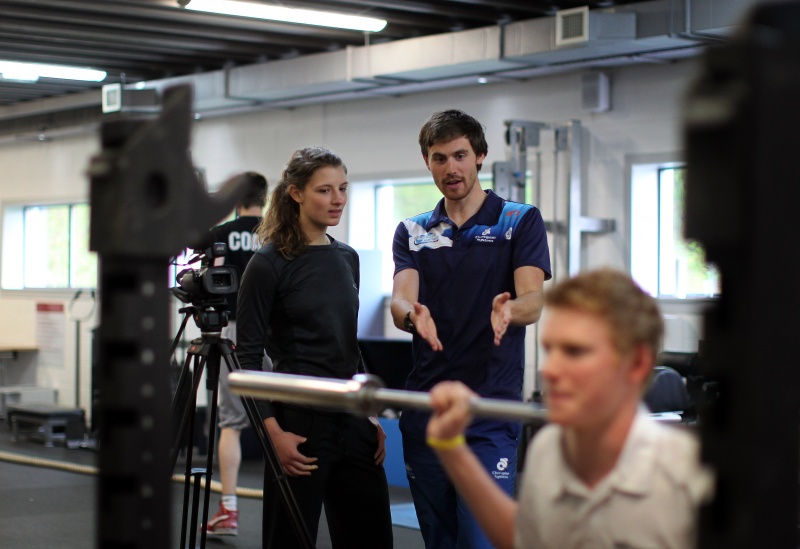 Universities Scotland has today, Monday 21 July, thrown its full support behind Team Scotland for success at the XX Commonwealth Games in Glasgow and revealed the high level of Team Scotland athletes with a Scottish higher education background.

An incredible 114 out of 310 Team Scotland athletes, some 36.77%, have links to Scottish universities as current students or graduates and have pursued a diverse range of academic subjects including accountancy, medicine, sport and recreation management, chemistry and broadcast production. The new analysis builds on the news that 73 Team Scotland athletes have been bolstered by Winning Students scholarship support, including the entire badminton team.

Earlier this year Universities Scotland and Colleges Scotland organised the successful Game Changer Awards to celebrate the varied and wide contributions of Scotland’s further and higher education sectors to the success of the XX Commonwealth Games. Awards were presented to institutions from across Scotland at a ceremony in Glasgow’s Old Fruitmarket in six categories including research impact, international contribution, student achievement and learning and skills. The Game Changer Awards had the support of the Scottish Funding Council and the Scottish Government were recognised as part of the official Glasgow 2014 legacy programme.

Professor Gerry McCormac, Principal and Vice-Chancellor of the University of Stirling and Convener of Universities Scotland’s University Games Group, said:

“Team Scotland has the backing of staff and students from every one of Scotland’s universities and colleges as the XX Commonwealth Games get underway in Glasgow this week. That so many of our nation’s top athletes have also pursued a Scottish higher education is testament to the quality of facilities and support on offer from our universities.

“Earlier this year we highlighted how our support for a successful Games goes beyond urging on our athletes during Games time and how it touches every aspect of the Games from the research behind physical endurance and performance, the management and organisation skills needed to smoothly run a large-scale global event to encouraging people of all ages in Scotland to be healthier and more active. But for the next ten days we’ll be extra noisy in cheering on all of our students and alumni competing in the Games and hope they can win gold for Scotland.”

Scotland’s universities are proud to offer their student athletes world-class sports facilities and support services including coaching and physio. A flexible approach to helping students find the right balance between their training needs and demands of their academic studies is a further contribution that universities make to help enable success on both fronts.

As It is very rare to participate in professional sports at the highest level for more than a few years, Team Scotland athletes working towards a university degree are taking action to ensure strong employment prospects following their sporting careers. The benefits of a Scottish higher education were highlighted earlier this year when graduates from Scotland’s universities were once again found to have the highest levels of positive destinations of work or further study in the UK as well as the highest average starting salaries and lowest levels of unemployment.

“Scottish Student Sport is delighted to acknowledge the achievement of all the students and alumni within Team Scotland. This confirms what we have long known about the synergies between educational and sporting success. This also shows the significant commitment to sport in further and higher education – both at individual and institutional level. All of us at SSS wish Team Scotland every success and trust that everyone will come away with memories to last a lifetime.”