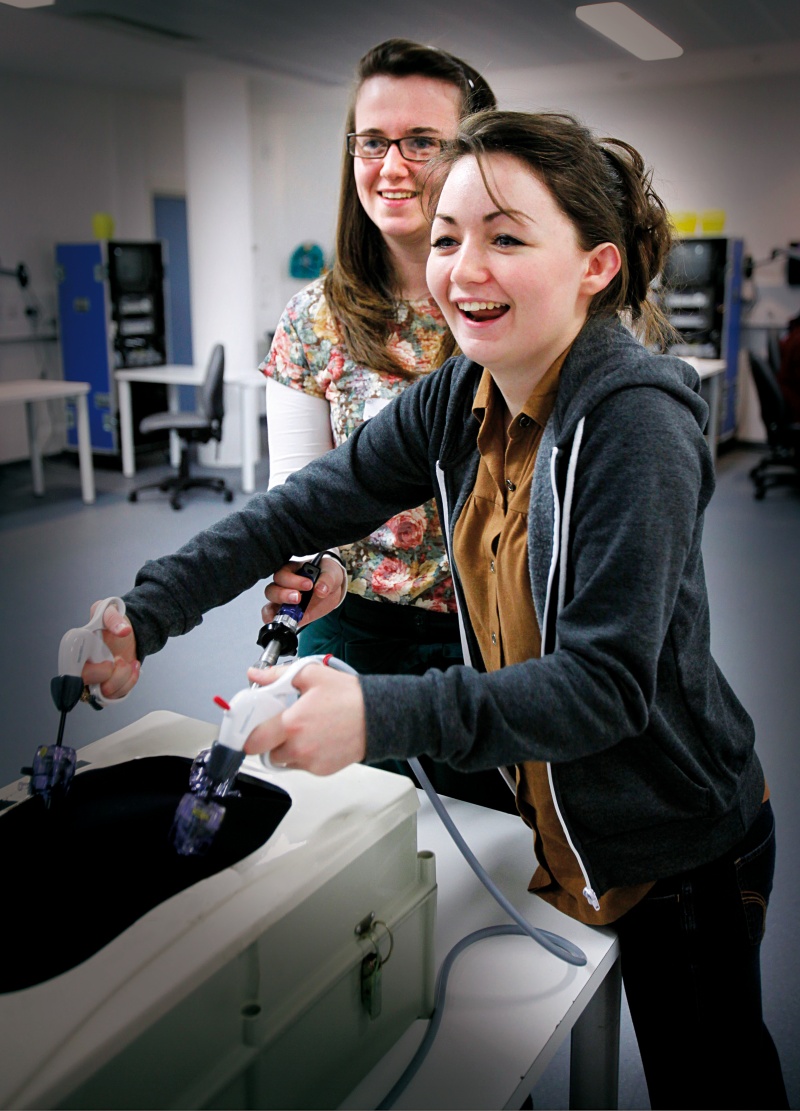 Figures released today by the Scottish Funding Council [Wednesday 25 March] in its ninth Learning for All report show increases in the number of students starting university from across a wide range of under-represented groups including:

In recent years, universities have been encouraged to make the Scottish Index of Multiple Deprivation the focus of of their widening access programmes when it comes to targeting students and tracking progress. Universities have long argued that Scotland should take a wider approach to widening access, not least due to limitations inherent in SIMD as a measure and because using only the SIMD would mean other students not fitting this criteria, but with the potential to benefit from a higher education, would be overlooked.

Commenting on the progress shown in today’s figures, Professor Pete Downes, Convener of Universities Scotland and Principal of the University of Dundee, said:

“Universities are deeply committed to widening access to as many people that have the potential to benefit as possible. We have been working for decades to support people from all backgrounds into higher education. The progress made on widening access, demonstrated in today’s figures, builds on steady improvement over the last few years. We are moving in the right direction and we are making a difference to people’s lives.

“The goal is to widen access and it is a goal that everyone is committed to within higher education, throughout all levels of education and across all parties in our parliament. We want to see that commitment extend to policymakers taking a wide and inclusive approach to widening access because the people with the potential to benefit from a higher education, the people universities are reaching out to, are individuals with diverse sets of circumstances.

“SFC’s report highlights the continuing attainment gap between school leavers from deprived and privileged backgrounds. We welcome action to address this and look forward to making a full contribution to the widening access commission. Universities are committed to further progress to ensure that learners from every community can realise their full potential.”

This year’s data captures the beginning of the impact of new additional university places that were ring-fenced by the Scottish Government for students starting university in 2013/14 from the most deprived 40 per cent of neighbourhoods (SIMD40). The extra places were given to nine higher education institutions to enable them to make offers to a greater number of underrepresented students without increasing the pressure on places available to all students.

“The extra places recognised that widening access at university level is more challenging when the competition for places is fierce because of high demand. With a 22 per cent increase in entrants from the poorest neighbourhoods to these institutions, the data show it has been successful and has helped many universities deliver a higher rate of progress this year than might otherwise have been possible.

“We’re right at the start of this new approach and we’d expect it to keep delivering in the years to come especially as the places were awarded mid-year and universities didn’t have much time to get to promote the new places to the right audience or link-up to their partnerships with schools. More people could benefit from the idea behind the extra places if the criteria were widened beyond a narrow measure of deprivation to include other aspects of underrepresentation.”

Despite continued progress, universities are not complacent about the need to do more to open up opportunities to students from as wide a range of backgrounds as possible. The new ring-fenced access places, introduced in 2013, were given to institutions mid-way through the admissions process which meant there was limited time to raise awareness and encourage people to apply. The initiative has been rolled on for subsequent years and this will allow universities to make better connections between the additional places and their outreach programmes and links with schools.

The data show the boost to widening access is matched by further increases in university retention rates with another year-on-year improvement to 91.3 per cent of full-time Scottish domiciled undergraduate students.

The Higher Education Statistics Agency (HESA) also released performance indicators today showing access and retention figures for universities across the UK. This set of data also show Scotland’s higher education institutions making progress on measures of access and retention although differences in the methodological approach taken by the Scottish Funding Council and HESA, with the SFC primarily focusing on the progress amongst Scottish-domiciled students at Scottish higher education institutions, mean the data do not necessarily correspond across the datasets. The HESA performance indicators can be found here: https://www.hesa.ac.uk/pis