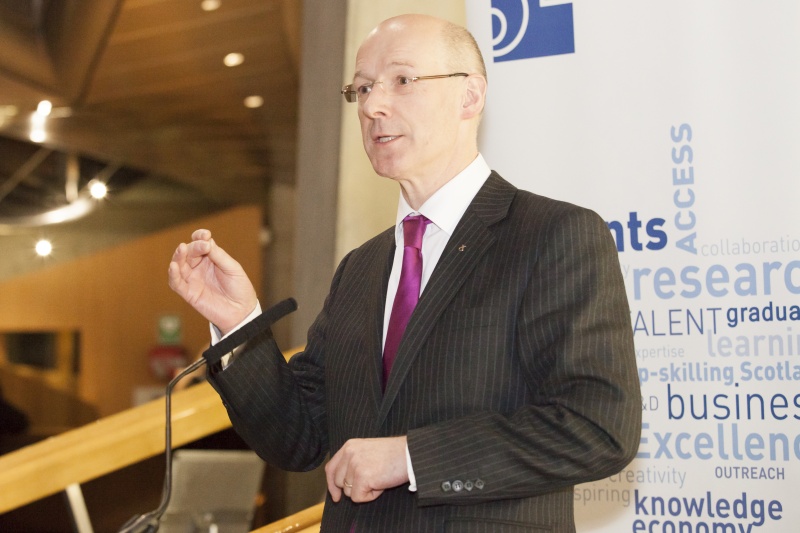 Universities Scotland has welcomed the appointment of Deputy First Minister, John Swinney MSP as Cabinet Secretary for Education and Skills and Shirley-Anne Somerville MSP as Minister for Further Education, Higher Education and Science in the Scottish Cabinet reshuffle. The appointment of this portfolio reinforces the importance that The First Minister, Nicola Sturgeon, has placed on education, attainment and improving  opportunities for young people whatever their background.

Universities Scotland has worked closely with Mr Swinney during his tenure as Finance Secretary and looks forward to working with the Deputy First Minister and Ms Somerville MSP on our shared ambitions to widen access to higher education and to continue to provide a world-class, diverse and internationally competitive higher education sector.

“On behalf of the higher education sector I would like to congratulate the Deputy First Minister on his appointment as Cabinet Secretary for Education and Skills and Ms Somerville as Minister for Further Education, Higher Education and Science.  Universities Scotland has worked constructively with Mr Swinney over the past few in our shared priorities for Scotland’s higher education sector, to ensure that our universities continue to make a significant contribution to Scotland’s economy and society. I and my colleagues within the sector look forward to maintaining this collaborative approach.”

The full Cabinet with portfolio responsibilities is as follows:

Following the announcement of her Cabinet, The First Minister completed her ministerial team, which, with key appointments in education, childcare and employment underpins again the new Scottish Governments’ commitment to education, closing the attainment gap and working to ensure that all young people, no matter what their background, have the same opportunities in life.

In addition to Ms Somerville MSP, Paul Wheelhouse MSP (South Scotland Region) has been appointed as Minister for Business, Innovation and Energy, and Jamie Hepburn MSP(Cumbernauld and Kilsyth) has the role of  Minister for Employability and Training. Universities Scotland will look forward to working with the new Ministers as their work will cross portfolios, linking up education and the economy and reporting to both Mr Swinney and Mr Brown.

The full Scottish ministerial team is as follows:

The Scottish Government press release  announcing the New Cabinet can be read here:

The Scottish Government press release announcing the Ministerial team can be found here: