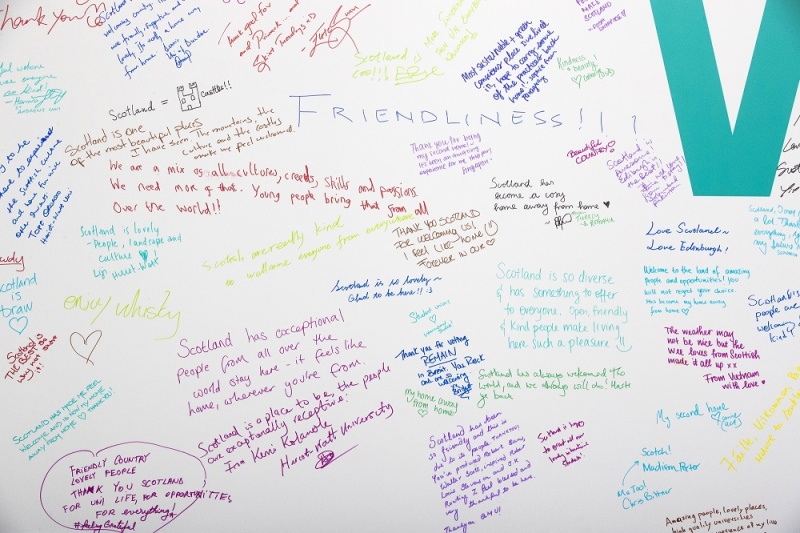 Students from India studying in Scotland have access to more than £6million in international scholarships with over £1million ringfenced to specifically attract outstanding Indian students, Universities Scotland has revealed.

Below is a selection of the wide range of opportunities available:

From 2 – 5 December 2017, the delegation of higher education leads are joining the Scottish Government, Scottish Development International and the British Council as they meet with key Indian government officials, education policymakers and business leaders.

To deepen existing relationships and build new partnerships with the higher education sector and key industries in India, a joint-programme of events is being hosted by 11 of Scotland’s universities and the Scottish Government in Mumbai and Delhi.

They will share the message that ‘Scotland’s universities welcome India’ and demonstrate Scotland’s reputation for excellence in research, innovation and learning. There are currently over 1,300 Indian students studying in Scotland and the delegation will celebrate the excellent quality of Indian students at under-graduate and post-graduate levels in Scottish universities.

“I am delighted to announce these 20 scholarships and to extend a warm welcome to students from India to come to Scotland to benefit from a high quality educational experience, our world-class research and Scotland’s distinctive culture.

“I fully expect our friends from India will made good use of the opportunities to develop the skills they need to support their long term employment prospects.”

“Scotland’s universities are renowned internationally for excellence in education, world-leading research and their truly supportive environments. I am delighted to affirm that Scottish universities will continue their long-standing partnership with India by offering a wide range of scholarships to India’s most outstanding students. We extend the very warmest of welcomes to Indian students and researchers.”

“The Scottish Funding Council is delighted to support the new scholarship fund for Indian students as part of the wider and substantial offering from Scotland’s university sector. This underlines that Scotland’s colleges and universities remain open to the world for learning, research and innovation”.

The India higher education mission is part a global campaign called ‘Scotland’s universities welcome the world’ which celebrates the diversity and inclusivity of Scottish universities. It is backed by all 19 higher education institutions across Scotland, which are already home to over 180 different nationalities among their students and staff.