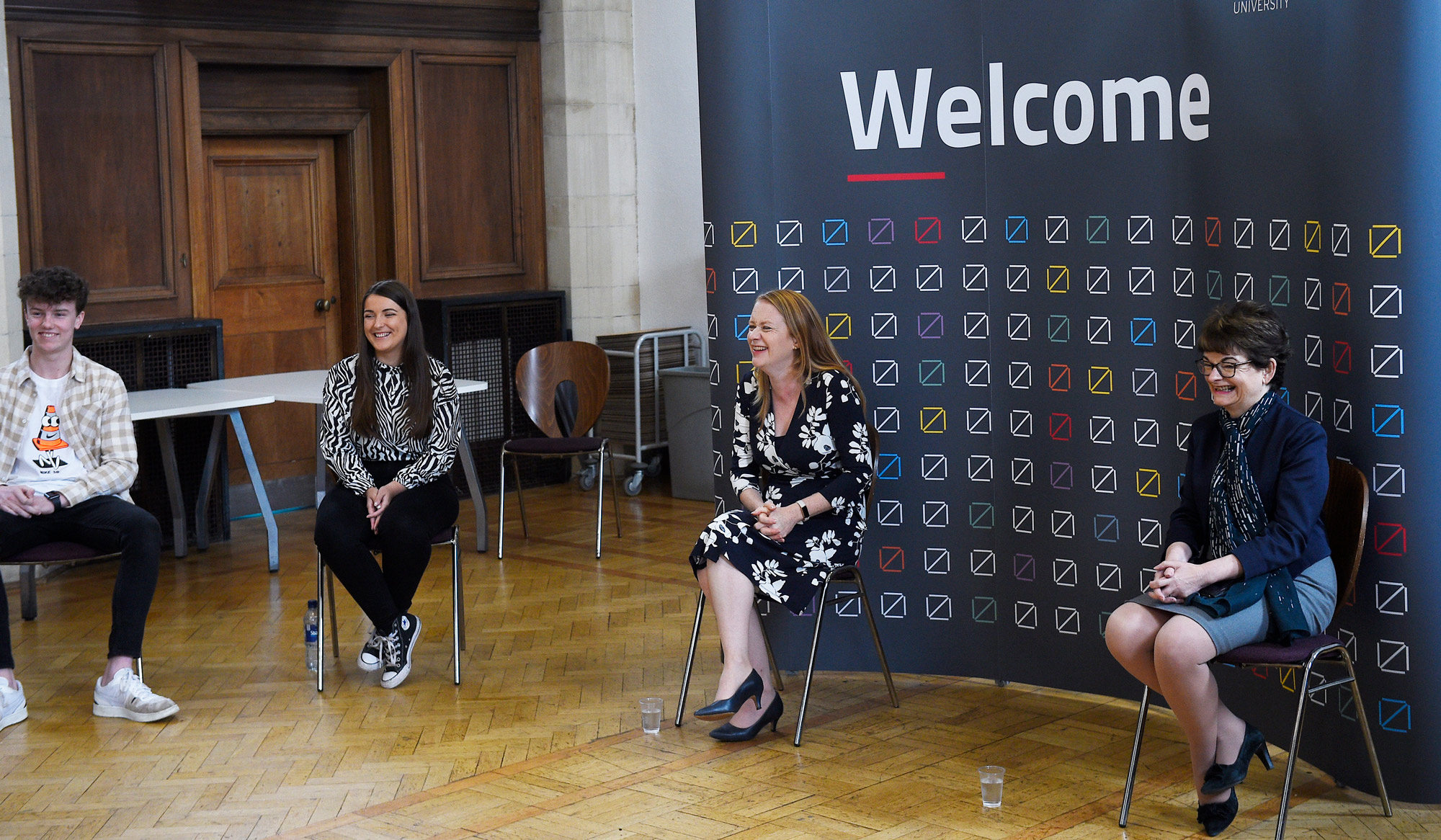 The Cabinet Secretary for Education and Skills, Shirley-Anne Somerville MSP, has met with university students to celebrate the higher education sector’s achievement of the interim widening access target set by the Scottish Government.

Ms Somerville hosted a group discussion with students whose routes into university are considered non-traditional as a way of recognising the sector’s progress on widening access. Participants included students with experience of care, students who progressed into university through college, and students who attended summer schools. The Cabinet Secretary listened to the students’ experiences of university and learned about the support they have received from their institutions throughout their studies.

2021 is a significant milestone in universities’ commitment to widening access as it’s the year that the Commission on Widening Access (CoWA) recommended that 16% of university entrants should be from SIMD20 backgrounds with an overall aim to reach 20% by 2030. With the latest figures showing that 16.4% of students were from SIMD20 backgrounds in the academic year 2019/20, universities have hit the interim target two years ahead of schedule.

Responding to the sector’s achievement of the interim target, Ms Somerville said:

“There’s real enthusiasm in the university sector for the widening access agenda and that’s been demonstrated by the fact that this interim target has been met. It’s a real demonstration that the sector is committed to working with government and others to make sure that we deliver for young people.

“You can see the real difference that work is making to young people’s lives when you speak to learners who might never have come to university had it not been for the work that has been put in by the universities on this agenda.”

“The progress that has been made on widening access by Scottish universities is really significant. Since the CoWA report came out in 2016, univerisites have really taken a lead in acting on the recommendations.

“The sector has shown that you can move the dial on widening access through interventions such as mininum entry requirements, our care experience guranatee and ensuring that the information and gudiance that we give to applicants is as clear and accessible as possible.”